'VivoCard' was discovered to be coming from the Chinese smartphone company of VIVO, aiming to bring a new in-phone credit card payment system for its users. It would rival existing services like the Apple Card, the Samsung Card, the Google Card, and more. While it is not the first, it certainly would not be the last to offer this kind of service for smartphones.

In-phone payment systems are not a new thing anymore, and it has been around for a long-time, with companies like Samsung and Google aiming to bring Debit Cards for its services.

Before, users can only access credit cards or monthly payment schemes, but the existence of Debut Cards indicates a savings account. 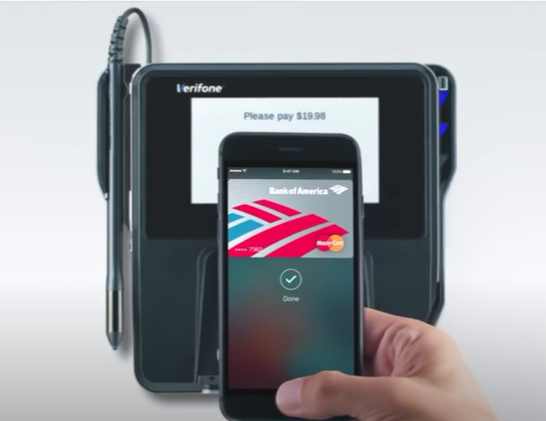 The VivoCard is not yet launched globally or even in the local market of the Chinese smartphone. However, it was discovered to have already filed for its trademark application, for it to be used soon by its users. According to Droid Maze, VivoCard is only one of the many in-phone payment systems already available in the market.

It now joins the likes of Huawei, Oppo, Samsung, Google, and Apple, and these companies have already made their presence known to a lot of markets, in different countries.

VivoCard is aiming to bring its credit card services for people to enjoy a seamless and easy transaction, all with but a click on one's Vivo smartphone. 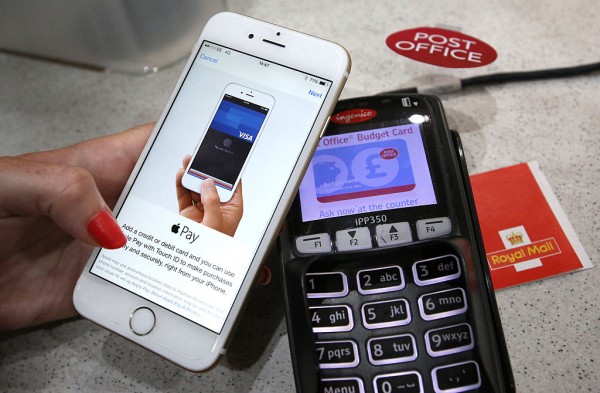 (Photo : Peter Macdiarmid/Getty Images)
an iPhone is used to make an Apple Pay purchase at The Post Office on July 14, 2015 in London, England.

VivoCard is going against popular names in the industry, and one of its biggest competitors is the Apple Card and Apple Pay system. It is widely known that there are a lot of iPhone users in the world, and Apple was one of the firsts to introduce this kind of payment system.

Now, it has grown into a more comprehensive service, offering things like Apple Card Family, and monitoring via its Wallet app.

Apple is already a massive roadblock for Vivo, and Samsung Pay is not yet added into the mix with its stronghold in the UK region. On the other hand, Google is also there to provide competition and bring another divide in the market.

However, in terms of hometown competition, VivoCard would be met with the likes of Huawei and OPPO's services, and that would provide a troublesome hindrance to the progress of the new service.

In-phone payment systems have been a massive thing, especially amidst this pandemic where people are discouraged to make contact when paying at stores or marketplaces. Here, scanning one's device or using an app to pay for certain bills are now widely used.

Having said, VivoCard's emergence in the Chinese market would help digital payment systems evolve, giving its users a chance to have the service right within their reach.