AMD is now stealing the show from other common meme stock names, such as GameStop and AMC, on Reddit investors forums like "WallStreetBets." 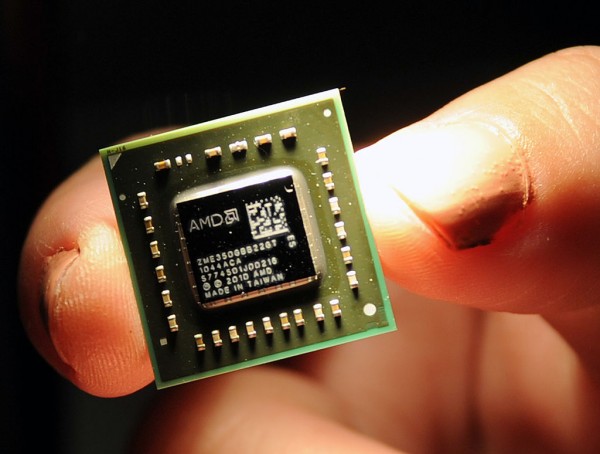 (Photo : by SAM YEH/AFP via Getty Images)
A chip the size of a coin, used in central processing units and a graphic processing units developed by the US-headquartered Advanced Micro Devices (AMD) is displayed during a press conference held in Taipei on May 24, 2011 ahead of Computex, Asia's largest IT trade fair.

As such, retail investors have been buying the stock of AMD, also known as the Advanced Micro Devices, alongside commonly picked stocks on Reddit's "WallStreetBets" discussion.

Among the other companies getting the attention of the Redditors are Tesla, Corsair, and Square.

AMD has been exhibiting significant growth in recent years as it grew more popular in the PC hardware market.

It is to note that the success is mainly attributed to the Ryzen line of the chipmaker, which carries the Ryzen 5000 series CPUs, battling the 10th generation and 11th generation line of its close rival, Intel.

AMD Steals the Show from GameStop, AMC on Reddit Forums

However, AMD has been the constant top pick, next to the exchange-traded fund that goes by the name S&P SPDR 500 ETP Trust.

To be precise, the latter has already garnered 713 mentions on the "WallStreetBets" forum, whereas the chipmaker got a total of 289, as per Benzinga.

Meanwhile, the electric vehicle giant, Tesla, achieved mentions close to the numbers of the chipmaker, amounting to 275.

According to Wccftech, AMD consistently graced the list of stocks that are most popular to retail investors. And the chipmaker did not disappoint with stock price gains at 26% from June.

Read Also: How To Buy Second-Hand NVIDIA and AMD Graphics Cards From Crypto Miners Without Getting Ripped Off

There are at least three factors that make AMD the new favorite of retail investors—its latest earnings report, the weakness of its rival, and the use of its chips on in-demand gaming consoles.

VentureBeat reported that in the second quarter of 2021 revenue of the chipmaker behemoth showed an impressive 99% growth, which accounted for a $3.85 billion increase in the market share.

The phenomenal performance of the Santa Clara, California chipmaker is due to the sales brought in by the powerful Zen and Zen 2 architectures that AMD processors carry.

It is actually the first time, at least in a decade, that the company has outperformed Intel, which still reigns as the number one chipmaker.

On the other hand, Intel has been facing some hiccups in both its chip design and manufacturing. Thus, the problems that the top chipmaker has been experiencing have been an advantage for TSMC, the manufacturer of AMD processors and graphics chips.

And, as such, AMD continues to make gains, albeit the ongoing wrath of the chip supply mess triggered by the COVID-19 pandemic, and the increasing demand for tech.

Not to mention that AMD also powers the two top gaming consoles, which have been in demand--the Sony PS5 and the Microsoft Xbox Series X. Thus, this suggests that the chipmaker will be providing chips to the consoles in approximately six years.