Lionel Messi, one of the most popular faces in the field of international football, has officially launched his "Messiverse'' NFT (non-fungible token) collection.

The Argentine legend has joined forces with Eternity Chain for this cause.

The collection consists of four pieces of art,  which are all authenticated by the FC Barcelona superstar. 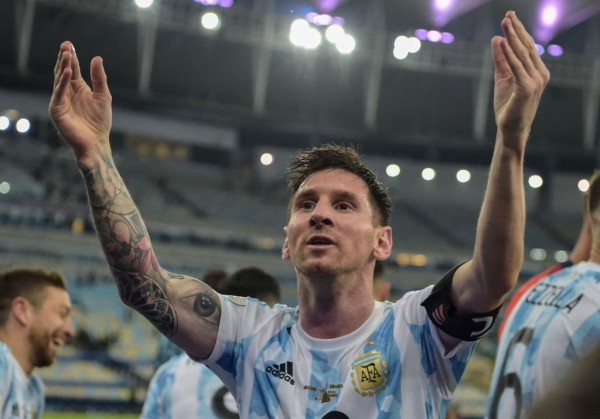 On Wednesday, Aug. 4, the 10-time La Liga champion said on Instagram that he would be launching his official NFT art collection that will be called "The Messiverse."

"Soccer is like art. It's timeless," Messi said in the short clip.

According to CryptoPotato's press release about "The Messiverse," there are four artworks that would be included in the NFT collection. Here are they:

The graphic designer popularly known as "Bosslogic" is the artist behind "The Messiverse" NFT collection. The Australian illustrator is famous across many social media platforms due to his contributions to other animation companies, like Disney and Marvel.

"The Messiverse'' line-up is not the first NFT that Lionel Messi will launch.

Before that, the six-time Ballon D'Or honoree was also featured in the Copa America NFT in July. It was the time when Argentina defeated Brazil, according to Coindesk.

Read Also: NFT vs Cryptocurrency: Are They the Same Thing?

Back in April, Tampa Bay Buccaneers' quarterback star, Tom Brady has officially entered the NFT bandwagon following the launch of the "Autograph." He has collaborated with many co-athletes and artists to launch the digital NFT collectibles for various industries.

The firm also features a unique set of digital arts that fans and players would love.

Together with the company CEO, Dillon Rosenblatt, Brady was assigned as the chairman, while some "Autograph" advisers came from the biggest tech and entertainment giants.

If you still want to dive deeper into the field of NFTs and learn more about Mookie Betts, LeBron James, Diego Maradona, Michael Jordan, and other prominent sports superstars, you can check the recent list of the top 10 most expensive NFTs in the field of sports.