A man from Long Island is feeling really lucky that he got himself an Apple Watch. He says it may have saved his life. 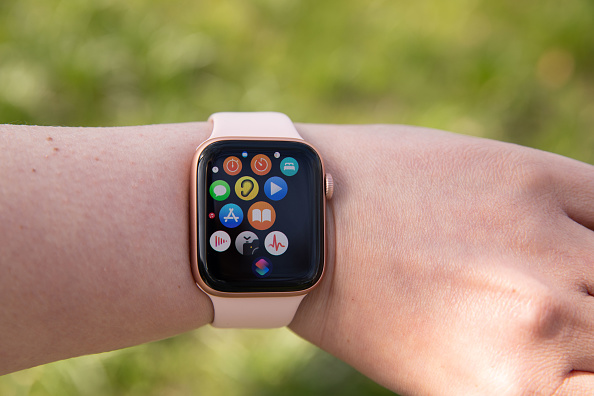 (Photo : Katja Knupper/Die Fotowerft/DeFodi Images via Getty Images)
BARGTEHEIDE, GERMANY - APRIL 24: (BILD ZEITUNG OUT) In this photo illustration, a Apple Watch 5 on an arm on April 24, 2021 in Bargteheide, Germany.

The man, Brandon Schneider, suffered a nasty fall inside an ER bathroom. After falling unconscious seemingly out of nowhere, he hit his head as he fell, leading to a fractured skull and causing bleeding in his brain. Schneider said he would've been dead had his Apple Watch not detect a hard fall and call 911, reports People.

Schneider's Apple Watch sent the distress call to both 911 and his emergency contacts after he failed to respond to the device's notification. He was found just in time and rushed to the hospital. After undergoing CT scans, it was found that his injuries were graver than expected: the bleeding was worsening and immediately required emergency brain surgery.

Had his Apple Watch not detected the hard fall and sent the notification, Schneider would've never survived his injuries. As of this writing, he is now doing well after regaining consciousness for the first time last July 17.

Many people over the years have also shared how an Apple Watch managed to save them from an unexpected death, writes CNET. For now, it could be safe to say that given the right circumstances, owning an Apple Watch can indeed save your life when you least expect it.

Apple Watch And Its Medical Potential

Apple may not have specifically designed its watches to save lives, but the device is surely doing a great job so far. It's making a case for the potential of wearable technology to monitor the health of their owners, which could spell the difference between life and death.

This could be extremely helpful, especially during the pandemic. As such, Apple wants to take it up a notch. Since many nations are still struggling with testing people for COVID-19, the company has teamed up with researchers to see whether they could design an Apple Watch that can detect a coronavirus infection, as well as the flu.

With how COVID-19's symptoms more often than not resemble that of the flu's, it could be of great help with managing the pandemic. Also, this project already has scientific backing with two studies already confirming that an Apple Watch can already detect a COVID-19 infection, all by monitoring changes in a user's heartbeat a week before symptoms appear.

A COVID-detecting Apple Watch could save millions upon millions of lives during the pandemic, especially for those still unvaccinated from the virus.

It's Not Just Hard Falls

Of course, Apple Watches have already saved other people's lives in vastly different ways. Last year, a teenager was spared from possible heart failure when his Apple Watch detected that his heart rate was unusually high. Upon reaching the hospital, it was found that the young man had a rare heart condition called Supraventricular Tachycardia. It is characterized by a rapid heartbeat that wears out the heart over time.

Schneider was one of many, but he definitely should not be the last person whose life can get saved by a piece of wearable technology.