Apple Watch "Series 7" is likely going to get an improved design and performance.

On the other hand, the rumored blood glucose monitoring is coming later than 2022. It turns out that the unofficially dubbed Series 7 is focusing on performance; instead of health features that its users are longing for.

More precisely, Bloomberg reported that Apple is planning to give its smartwatch a more powerful processor, and a more reliable wireless connectivity.

Sources close to the situation said that the Apple Watch Series 7 will have a screen with slimmer borders with a laminate layer.

However, the thin display is not meant to make the wearable flatter. It is a leeway to stuff more hardware on the wrist device. It is also an opportunity to extend the screen time of the Apple Watch with a more powerful, yet slightly bulky battery.

Additionally, Apple is planning to make a smartwatch that is not too sleek for active leisure activities, and instead offering a more "rugged" look, Android Authority said. This design is another product variant specifically for professional athletes or sports hobbyists.

Elsewhere, early rumors also suggest that the Series 7 is getting more colors to choose from and a sleeker flat-edged design.

Apple is also tweaking things under the hood of the Series 7 with a more powerful processor and a built-in AirTag technology.

There are no exact details yet for the brainpower of the smartwatch. However, Android Authority suggested that Apple is likely going to stuff it with a new silicon tech that its devices flaunt.

The wireless connectivity is also getting an upgrade with ultra-wideband (UWB) support. 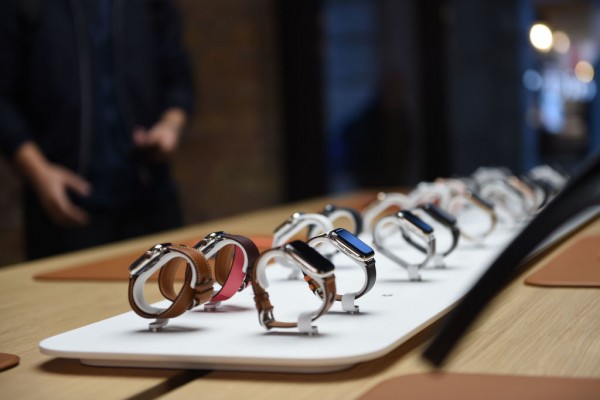 On May 2, a United Kingdown startup SEC filing first suggested that Apple Watch could get a blood sugar monitoring, alongside alcohol levels tracking. A recent survey by the Cupertino giant for Brazil users added to the fire as it mentioned "blood glucose monitoring."

And now, Bloomberg echoed these reports, but cleared out that the feature is coming "for several more years." So, the Watch Series 7 is unlikely to get this health upgrade.

Fortunately, the temperature sensor, which was expected to come in 2021, is possibly seeing the light of day in 2022. Android Authority noted that FitBit is ahead of the Apple Watch in terms of this feature. However, the Cupertino company still remains untrampled on top of the smartwatch market worldwide.