Fisker-Foxconn EV Partnership is Moving Faster than Expected Says CEO; But When Will a Protoype be Released by the Company?

Fisker-Foxconn partnership has surprised the world of its collaboration, and it has now exceeded Henrik Fisker's expectations of how its conceptualization is happening. Fisker is known for its electric vehicle models since early 2017s, and Foxconn is known for its ties with Apple with regards to manufacturing iPhones.

It was unprecedented that these two companies would create a specific branch to merge but it did so last May, where intended to create electric vehicles for the venture. Initially, Foxconn was speculated to be the brand that would help Apple manufacture its "Apple Car," but that is a closed book for now. 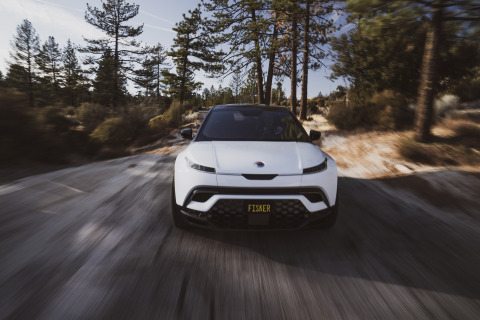 In the recent Investor Relatons Call for the Second Quarter Report, Fisker is doing well on its innovations, and is expected to reveal its Fisker Ocean SUV by November 17, 2021 in the Los Angeles Auto Show. The company has a lot on its plate, and it is focusing its R&D to a lot of projects and ventures that it could for this year.

The Fisker and Foxconn merger has served them well, as the company can focus more on its R&D, with Foxconn there to provide support and assistance in manufacturing, for other purposes. According to Tech Crunch, CEO and Founder Henrik Fisker said that its merger with Foxconn is "moving faster," and is something that ups its spending.

Spendings up do not necessarily mean a bad thing for the company, as it also improves the quality of their vehicles and components, as well as its development.

Read Also: Foxconn Is Giving Out Big Bonuses to Recruit Workers for their iPhone Factories

When will Fisker-Foxconn Release a Prototype?

It was not clear whether Fisker and Foxconn's merger would bear something under another brand like "Fisker-Foxconn," or it would stick to the popular name in the electric vehicle industry.

That being said, it was also not revealed whether Fisker would give Foxconn a chance to have its say on designing or developing an electric vehicle.

So hopes down on the prototype with this merger, but the good news is that Foxconn is helping the EV company fast track its production speeds. Here, they also help Fisker assemble the electric cars using the Taiwanese company's methods.

Will it be available in the US?

As mentioned earlier in the Investor's report, Fisker is aiming for a showcase in November, come to the LA Auto Show, but that does not signify any releases from the company.

Nevertheless, that only speaks for the Fisker Ocean SUV, something that the company said would revolutionize the way people think or see an EV.

Related Article: iPhone Maker Foxconn Says Component Shortage Will Worsen In Q2 of 2021 -- How Long Will It Last?