iPhone Maker Foxconn Says Component Shortage Will Worsen In Q2 of 2021 -- How Long Will It Last?

Foxconn said, on Friday, May 14, that the shortage of components will be more severe in the second quarter of 2021. It comes after the iPhone maker announced that it performed better in its quarterly profits, despite the supply crisis.

In the first quarter of 2021, Taiwan's Foxconn revenue posted a whopping 45% increase, Reuters reported. The known iPhone manufacturer has the highest earnings ever in the said period.

The profits have skyrocketed amidst the problems in components supply, and the steep slow down of iPhone production in India as workers are infected by COVID-19. 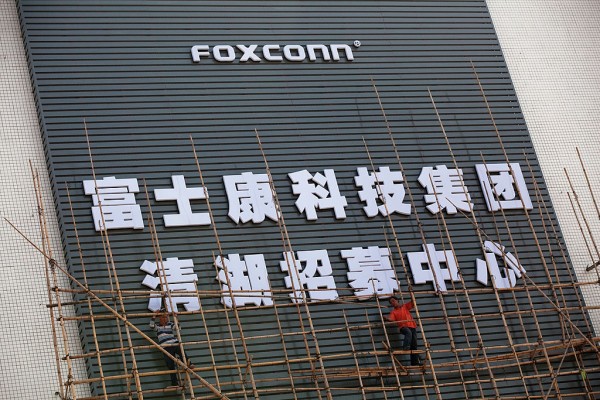 (Photo : (Photo by Daniel Berehulak/Getty Images))
SHENZHEN, CHINA - NOVEMBER 28: Workers put up scaffolding on a building owned by the contract manufacturer Foxconn International Holdings Ltd on November 28, 2010 in Shenzhen, China. According to the US Commercial Service, Shenzhen is one of the fastest growing cities in the world. Home of the Shenzhen Stock Exchange and the headquarters of numerous technology companies, the now bustling former fishing village is considered southern China's major financial centre.

In addition, the iPhone 12 production in India was reduced to 50%. However, it did not significantly affect the manufacturer's earnings yet.

Moreover, Foxconn even forecasted, on an optimistic note, that it will rise by 15% in the second quarter. It noted that it is because the demand for the iPhone has significantly increased as people stayed home due to the pandemic.

This pronouncement is parallel to Apple's declaration. The Cupertino giant is expecting its revenue to grow in June, Reuters said in the same report.

Despite the upbeat forecast, Foxconn Chairman Young Liu admits that it expects to experience a prolonged supply shortage.

"Component shortages in the second quarter will be more severe than the first quarter," Liu said on a conference call, which Bloomberg highlihted.

Liu added that -- in the long term -- it may worsen until the second quarter of 2022. However, the chairman said that the impact on the company will not be more than 10%.

The said shortage in chips has been the adverse effect of the pandemic, as people were forced to stay and work at home.

The increased demand have racked up the revenue of the companies involved. However, it has also hindered technology companies from increasing their supply due to shortages. Hence, it is limiting the growth of profit for these companies.

Foxconn said, via Bloomberg, that its revenue for the next quarter will likely be similar to what it had in the past three months as the expected growth will be countered by the supply crisis.

How is Foxconn Coping Up?

In April, the Biden administration had to put its two cents in and extended help to the companies experiencing the supply crisis.

Taiwan's Foxconn, on its own, is mitigating the effects of the shortage. As such, it entered a joint venture with Yageo Corp. to develop chips for lower than $2, Bloomberg reported.

Also, to further counter the effects of supply problems in consumer electronics, Foxconn is looking elsewhere: the electric vehicles industry.

On Thursday, May 14, the Taiwanese manufacturer signed with Fisker Inc. to co-manufacture an EV. Bloomberg reported that the former has entered into similar partnerships with Geely Holding Group co. and Byton Ltd.