Two of the biggest video game franchises collide as The King of Fighters Allstar welcomes fan-favorite characters from Dead or Alive 6 — expanding the KOF roster.

Fans and players can start collecting and fighting with new DoF6 characters including Nyotengu, Marie Rose, Honoka, and Kasumi. In celebration of the massive team-up, a crossover teaser will be released on The King of Fighters Allstar. The limited-time collaboration runs until August 19. 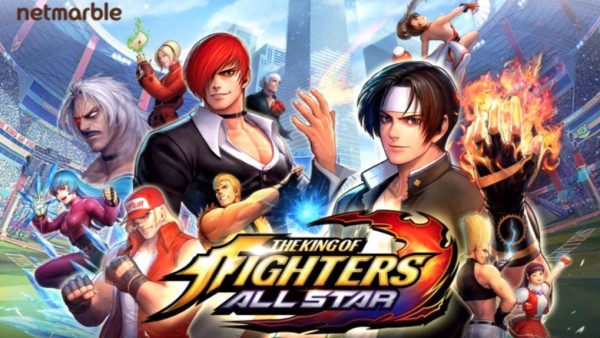 Fans can now earn SS Honoka just by summoning fighters in the Carnival event and SS Marie Rose by clearing a set of in-game missions. Players will also have the chance to earn SS Kasumi and SS Nyotengu through additional, scheduled events. The KoF — DoA collab also includes unique swimsuit versions for the characters, the Angel of Paradise skins for all four Dead or Alive 6 characters.

The collaboration also includes a host of new and exciting activities for both new and existing players such as:

About King of Fighters Allstar and Netmarble

The King of Fighters Allstar brings the classic fast-paced fighting action that fans have known from the KoF franchise, now allowing players to fight through waves of enemies, bosses, and even rival fighter teams. Paired with sharp graphics, vivid colors, and lightning-fast animations, this game from Netmarble successfully brings classic characters to life — more than 130 of them across the franchise. Furthermore, the King of Fighters Allstar universe expands with collaboration with other popular franchises such as Tekken 7, Samurai Shodown, Seven Knights, and more.

Players can download The King of Fighter Allstar on the Apple App Store and the Google Play Store, and is playable in more than 175 countries and with language support for English, Taiwanese, Indonesian, Thai, Spanish, Italian, French, Portuguese, Russian, and German.

The game is developed by Netmarble Corporation, a leading mobile game developer and publisher first established in South Korea in 2000. Its catalog of hit mobile games include Lineage 2: Revolution, The Seven Deadly Sins: Grand Cross, and MARVEL Future Fight. Netmarble is also the parent company of game developer Kabam, as well as a major shareholder of Jam City and HYBE (formerly Big Hit Entertainment).

ⓒ 2021 TECHTIMES.com All rights reserved. Do not reproduce without permission.
Tags: The King of Fighters Dead or Alive netmarble