Samsung Galaxy Chromebook Go with LTE connectivity is now available for pre-order in the United States with its price $50 more than the Wifi version of the laptop, starting from $349. 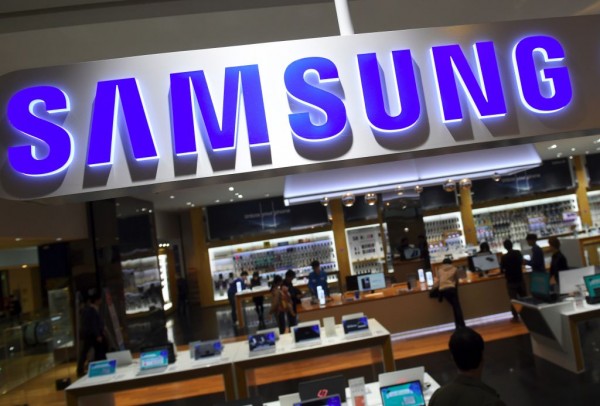 (Photo : JUNG YEON-JE/AFP via Getty Images)
The logo of Samsung is seen at a Samsung showroom in Seoul on April 7, 2017. Samsung Electronics said on April 7 it expects profits to soar by 48.2 percent in the first quarter despite a smartphone recall fiasco and the arrest of its de facto head.

As per GizmoChina, the South Korean behemoth first announced the budget-friendly Galaxy Chromebook Go with an initial Wifi capability on July 15 with a price starting from $299.

Upon its debut, Samsung noted that there will be an LTE variant later on.

It comes after the said device got its FCC certification by the end of July, which hinted that the budget-friendly LTE laptop is coming anytime soon.

The wait is now over as the LTE version of the Samsung Chromebook is now available for pre-order in the United States.

However, it is to note that the Galaxy Chromebook Go LTE did not release on the Samsung website, contrary to what happened with its Wifi sibling.

ChromeUnboxed reported that the latest 4G enabled laptop debuted on the AT&T website instead.

The LTE version of the Galaxy Chromebook Go comes with a nano-SIM card slot on the right side of the device. Aside from that, there are no other changes in the all-new variant of the Samsung laptop, which was in contrast to earlier reports saying that the new version will be sporting a touch screen or greater RAM and storage.

But it turned out that the LTE variant, which costs $50 more, only included an additional SIM slot for the connectivity support.

Not to mention that the budget laptop also has a USB 3.0 port, two USB Type-C ports, alongside 3.5 headphone out or microphone in port.

The Chromebook Go is powered by an Intel Celeron N4500 processor paired with 4GB RAM, along with 32GB storage.

Don't fret as the low storage is expandable via a MicroSD card of up to 512GB.

As mentioned, the LTE variant of the Samsung Chromebook was released on the website of AT&T. So, the device could be pre-ordered on the carrier, which gives out a 50% discount if you attach a data plan to it. As such, the LTE-ready laptop is down to the tune of $175.

Click this link to get the Samsung Galaxy Chromebook Go from AT&T.

Elsewhere, Samsung earlier hinted that it is releasing a laptop that features S Pen support.

Plus, here are the top five lightweight laptops to buy, which include the Samsung Galaxy Book Pro.