Melioidosis Strikes 4th Victim in US, CDC Warns of New Bacteria from South Asia—Symptoms and MORE

Melioidosis has struck its fourth victim in the U.S., and the Center for Disease Control and Prevention (CDC) has warned of its emergence in the country. The bacteria is known for originating in the South Asian region of the world, and it has now appeared in the country for unknown reasons.

This bacterial infection is known to be fatal and can seriously infect an adult.

The world is facing a lot right now, thanks to the COVID-19 pandemic which has struck the entire world since 2019, and its origins from Wuhan, China. This has now evolved into the more deadly Delta Variant which was known to have an airborne infection rate like Chickenpox.

Melioidosis: 4th Case in the US 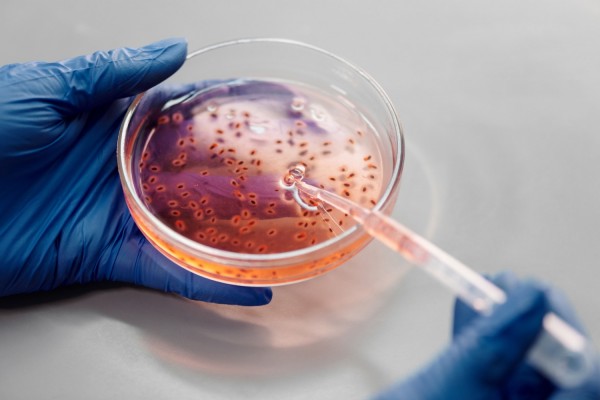 As reported by the CDC last Monday, the fourth case of a rare tropical bacterial infection is now in the country, and Melioidosis has already claimed two of its four victims as per investigation. These people have not traveled overseas or came from any South Asian countries before their infection.

The CDC is currently investigating the mysterious disease's emergence, especially as it is something that has no known origins in the country as of the moment. The fourth case in the US is spread out to four separate states.

According to the CDC, the first case was reported in Kansas last March, with its victim already passing away. Last May, a four-year-old girl from Texas was affected and has now suffered permanent brain damage due to the infection. Another case from Minnesota was reported and it was an adult.

The last case was discovered towards the end of July via a post-mortem examination after it claimed its victim in Georgia.

CDC said that "Burkholderia pseudomallei" is the scientific name of the virus, and it has been what was infecting these four people in separate states. The mysterious infection is currently being traced, especially as it can be obtained and passed on via the soil and water.

Simply smelling the soil infected with melioidosis can infect a person, and so does ingesting water droplets which also have Melioidosis on its properties.

The CDC traced this back to tropical countries, particularly in the South Asian regions.

However, the agency is appalled by its infection, as its victim were not recent travelers to the places that the bacteria is endemic.

The health agency believes that this bacteria and its infection is incredibly hard to detect and discover despite already affecting the patient's systems.

There are no specific symptoms of the Melioidosis bacteria infection, only that a person's immune system is immediately taken down by its effects. It can also lead to the death of a person within the day of taking it in one's body, depending on the exposure rate.

The bacterial infection of Melioidosis is also known to have great resistance against antibiotic treatments and drugs, making it one of the most notorious bacteria present in the world.

Related Article: CDC Warns US About New Incurable Superbug Fungus; Can It Spread From Patient to Patient?