AMC to Accept Bitcoin Payment for Movie Tickets by End of 2021, CEO Says

AMC will start accepting Bitcoin, the top cryptocurrency, as payment for movie ticket purchases at least before 2021 comes to an end, as per chairman-CEO of the cinema operator, Adam Aron. 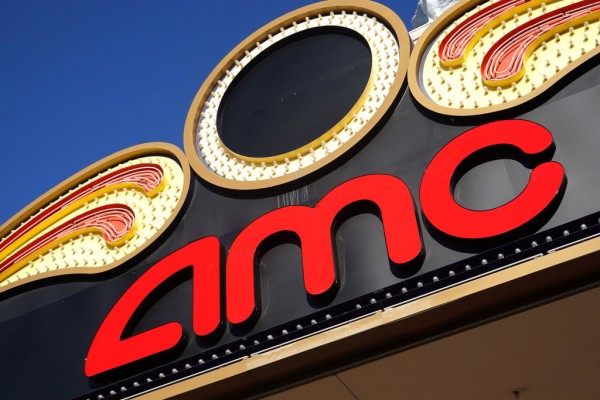 (Photo : by Scott Olson/Getty Images)
ROSEMONT, ILLINOIS - DECEMBER 04: An AMC Theatres logo hangs above one of the company's movie theaters shuttered by the coronavirus COVID-19 on December 04, 2020 in Rosemont, Illinois.

The AMC exec revealed the new payment support as he spoke at the earnings call of the movie theater chain, wherein he boasted that the company posted second-quarter 2021 financial results that were beyond expectations.

To be precise, AMC Entertainment achieved a steep revenue increase to the tune of $444 million, which is far off from the $18.9 million profits of the pandemic stricken 2020, as per Deadline.

According to CNBC, Aron also announced that AMC is working to make the cinema company technologically advanced by improving its IT systems. Such a move will further help the movie theater chain to accept the highly speculative asset, Bitcoin, at least for the movie tickets and other concessions purchased online, along with Apple Pay and Google Pay.

The marriage of the top cryptocurrency and the meme stock hyped by the WallStreetBets Reddit forum is expected to commence by the end of 2021 due to the preference of the retail investors of AMC.

The AMC boss further noted that investors of the cinema chain "are highly enthusiastic about cryptocurrency," Yahoo reported.

And to assure that Aron is on the same page with the retail folks, he noted that he has experience with cryptocurrency as he was once a board member of Centricus Acquisition Corp. The said company is a brainchild of his close friends, alongside being on the "cutting edge of quantum encryption and blockchain technology."

However, the AMC CEO has yet to reveal how Bitcoin will be used as payment for a movie night experience. Aron only revealed that the cinema chain plans to allow users to use the top cryptocurrency to pay for tickets.

It is worth noting that by the start of 2021, or on January 30 to be exact, AMC admitted that its "meme stock" rally due to the hype created by Reddit retail investors rescued the company from its whopping $600 million debt.

Thus, the AMC CEO showed during the earning calls that he owes the Reddit Wall Street Investors, who raised the stock price of his company, by accepting dozens of questions from them.

It is to note that only a single Wall Street analyst queried the cinema chain boss at the latter part of the call. Some of the questions raised by the retail investors asked about ideas such as drive-in, consumer products, and even film production.

For the last one, Aron mentioned the previous movie ventures of AMC, such as Spotlight and Regal, and went on to say that it is why the company still needs to sell more stocks to produce more films.

Elsewhere, the AMC CEO became a viral meme for appearing in a live interview "pantsless."

Related Article: AMC Shares Skyrocket to Over 90% Because of Free Popcorns and Other Bonuses to Meme Stock Traders?