The "first environment-friendly" NFT or non-fungible token platform is launching under Voice, an emerging company. It uses credit cards instead of the usual crypto to become carbon neutral. 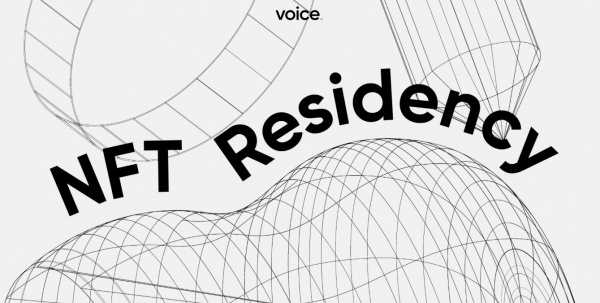 (Photo : Screenshot from Voice Website)
“First environment friendly” NFT or non-fungible token, which was launched by an emerging company, Voice, will use credit cards instead of crypto to help artist shared their works.

As per Hypebeast, the Voice NFT platform is releasing before August ends, allowing content creators to showcase their works via the NFT Residency Program of the company.

NFTs, which is one of the massive hypes today, work through blockchain technology and the use of cryptocurrencies--notably, both have significant environmental consequences.

To prove the scale of the popularity of NFTs, even Marvel released their own via the Spider-Man digital figures, and iconic comic books are coming as well.

Meanwhile, a 12-year-old made a whopping $160,00 after selling his 8-bit whale-inspired NFT collection.

According to ArtNews, a French artist, Joanie Lemercier, who decided to showcase her works via NFT instead of international festivals, learned about the carbon impact of using the blockchain after asking Offsetra, a business that measures carbon offsets.

Carbon.fyi, the carbon accounting tool for Ethereum by Offsetra, showed that the NFT carbon footprint of her work accounts for a total of 80 kilograms of CO2.

As such, Lemercier, who is also a climate activist, was devastated by the result.

That said, Voice decided to go against the tide and launched its carbon-neutral NFT platform while helping emerging artists to show their pieces to the digital world.

It is worth noting that the NFT platform of Voice is free to mint for all creators, which means that the minting process removes the need for an Ethereum, which is responsible for the 96,200,000 tons of CO2, as per the same report by ArtNews.

On top of that, the Voice NFT supports credit cards as a payment method, replacing the commonly used cryptocurrencies.

Not to mention that a blockchain network that does not hog power, known as the Delegated proof of stake, powers the service.

All of these helped Voice to become extremely energy efficient when compared to the top cryptos, such as Bitcoin and Ethereum. Thus, the NFT platform is 17,000 times more environmentally friendly than the latter, and 65,000 more in contrast to the former.

Additionally, the pioneering release carries the theme "Raise Our Voice," which empowers creators to showcase their talents via NFTs.

The platform will be available by the latter part of August. And upon its release, users aged 18 and above can purchase from the platform dubs itself as the "first environmental friendly" NFT.