Spider-Man NFTs to Launch on August 7, 8 with $40 Variant—Marvel NFT Comics Coming Too?

Spider-Man NFTs or Non-fungible tokens will be launching on August 7 and 8, marking the first official release of the "friendly neighborhood" hero on the digital marketplace, Marvel announced. 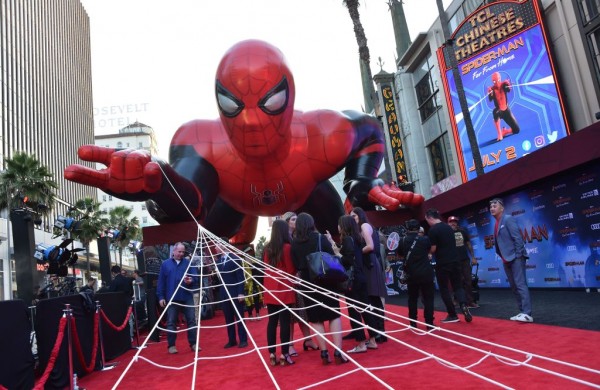 (Photo : by CHRIS DELMAS/AFP via Getty Images)
A giant inflatable Spider-Man is displayed on the red carpet for the Spider-Man: Far From Home World premiere at the TCL Chinese theatre in Hollywood on June 26, 2019.

Marvel, the comic giant behind superheroes like Ironman, has partnered with VeVe Digital Collectibles to bring the comic book characters of the former to the lucrative world of cryptocurrencies.

The Spider-Man NFT figures are just the beginning of the venture. Marvel further hinted that iconic comic book titles will also be available in the evolving digital marketplace.

As per Comicbook, NFTs are the latest hype for commodities in the online verse, providing artists and collectors an opportunity to sell and buy via the virtual world.

As such, rumors from leakers revealed that Instagram to be working on an NFT marketplace feature, called Collectibles.

On top of that, NFT games have been the latest craze with some users earning as much as $100 in a single day.

That said, it is no surprise that even Marvel is entering the NFT scene, following the footsteps of prominent names in sports, music, and pop culture in general. Thus, fans of comic book superheroes will start seeing more collectibles on the digital market.

(Photo : Screenshot from Veve Website )
Spider-Man NFTs is launching on August 7 and 8 with action figures prices starting from $40.

The President of Marvel Entertainment, Dan Buckley, touted that "Spider-Man is one of the most legendary Super Heroes in the Marvel Universe." Thus, Marvel started their digital collectible journey with the alter ego of Peter Parker.

Meanwhile, the Co-Founder and CEO of VeVe, David Yu, went on to express his excitement to introduce an additional and unique option to collect superheroes figures for the fans.

The VeVe exec further hinted that they are looking forward to commemorating "Marvel Month" through their app.

As per Bitcoin.com, the Marvel Spider-Man digital statue lineup includes five variants of collectibles ranging from "common," which has thousands of stocks, to "secret-rare," selling at 1,000 pieces only.

Veve and the comic book titan teased that their collaboration does not end with the Spider-Man memorabilia. That said, Marvel will soon be releasing NFTs of iconic copies of comic books, hinting that a #1 title first printed in 1939 is making a comeback to the digital market.

Marvel further disclosed that each copy of the said issue will be exhibiting various front pages, among other rarity features. Not to mention that fans could get hold of it for as low as $6.99 in a "blink box" format.