NASA is launching Northrop Grumman's Cygnus cargo spacecraft atop the Antares Rocket on Tuesday, August 10, at 5:56 p.m. (EDT) to the International Space Station, if the weather permits. 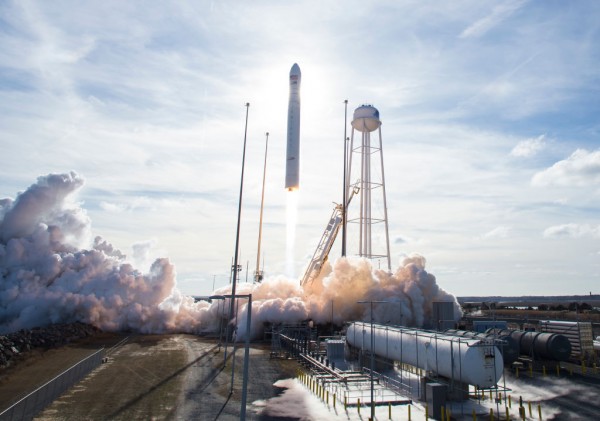 The live coverage of the supply ship launch from the launch pad in Virginia will be broadcasted by multiple platforms that NASA owns, but more on that later.

As per SpaceFlightNow, NASA inked a contract worth billions of dollars with the said company, SpaceX, and Sierra Nevado Corp to transport cargo to the space station. Based on the contract, Northrop Grumman will be supplying 19 missions until 2023.

According to NASA, the Cygnus cargo spacecraft of Northrop Grumman carries a whopping 8,200 pounds of research, along with crew supplies and hardware. It will launch in the Mid-Atlantic Regional Spaceport of Virginia Space via the Antares rocket.

It is to note that the Cygnus spacecraft is also known as the SS Elison Onizuka, which is the name of the first-ever Asian American astronaut to make it to the International Space Station.

After the launch, NASA astronaut Megan McArthur will capture the SS Elison Onizuka via the robotic arm of the space station.

Additionally, an astronaut from the ESA or the European Space Station, Thomas Pesquet will be supporting McArthur. Then, upon capturing the Cygnus, the arm from the ISS will install the spacecraft on the port of the Unity module.

The supply ship of Northrop Grumman will be performing a resupply mission, which is essential to ensure that critical science research makes it to the space station, giving NASA a better grasp in investigating in the space laboratory.

To be precise, the Cygnus cargo is stuffed with studies about dust 3D printing, the growth of slime mold, and an engineering solution to muscle loss.

On top of the extensive research, the cargo spacecraft also carries a mounting bracket for the spacewalk in the latter part of August. It will help attach the port side of the bacon truss of the space station.

The space station cargo launch is set to launch on Tuesday, Aug. 10, at exactly 5:56:05 p.m., via the Virginia Eastern Shore. There is an 80% chance that this schedule will be followed due to clear skies.

To watch the live coverage of the space station cargo launch, NASA will be broadcasting it live via NASA TV, the NASA app, and the website of the space agency a few minutes before the launch, or at 5:30 p.m. to be precise.