NASA will air a third spacewalk for the installation of solar arrays, as well as the departure of the Northrop Grumman Cygnus spacecraft from the International Space Station (ISS). It will happen this week and the following week. 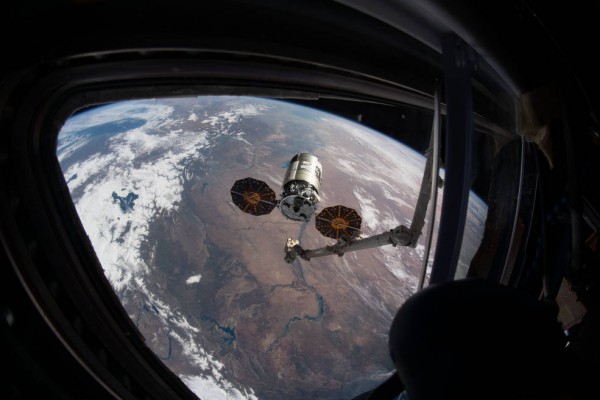 According to NASA's press release on Wednesday, June 23, Northrop Grumman's spacecraft is scheduled to leave the ISS on Tuesday, June 29 after four-month travel in space. The 15th resupply mission was a success for NASA since the cargo craft has managed to deliver about 8,000 lbs of supplies such as hardware, commercial products, and other materials.

The uncrewed spacecraft would begin its launch at noon EDT. This launch will be aired live via NASA Television. Viewers could also watch its departure from the NASA app on any smartphone or through the official website of the international space agency.

The prominent Black woman, Katherine Johnson, was the inspiration of the Northrop Grumman on its spacecraft. She was a mathematician in NASA who fought for racial and gender equality.

From the earth-facing port of the Unity module, the Cygnus will be separated. The flight controllers will be instructing the Canadarm2 robotic arm for the process. Additionally, the spacecraft would be released at 12:25 PM. Megan McArthur from NASA will be assigned for the monitoring of the Cygnus' systems after it leaves the ISS.

The two cube satellites will also be deployed by the Cygnus for the study of the Ionosphere in collaboration with the Khalifa University Students Satellite-2 (MYSat-2) which would conduct training for the software's development.

En route to the destructive re-entry, there will b a deorbit engine firing which would terminate space debris. They will be set ablaze upon entering the Earth's atmosphere.

The recent spacewalk involving the rollout of solar arrays has lasted for six hours and 28 minutes. It was accomplished at 2:10 PM EDT. This was the eighth spacewalk that happened in 2021.

Now, NASA wants to install the next batch of solar arrays on June 25. They will be coming on a P6 truss 4B power channel. The space agency decides to come up with the idea to supply enough energy for space missions. Space programs such as Artemis' lunar trip would be benefiting from this action, Slash Gear reported.

The live broadcast for the solar array installation will begin at 6:30 AM EDT via NASA app, NASA Television, and the agency's website.

At around 8 AM, Shane Kimbrough and Thomas Pesquet, who was an astronaut from the European Space Agency (ESA) will be deploying the new ISS Roll-Out Solar Arrays (iROSA) on the 4B channel.