NASA, using the Chandra X-ray observatory, the agency detected so-called "ripples" in space dust caused by an X-ray burst from a black hole. 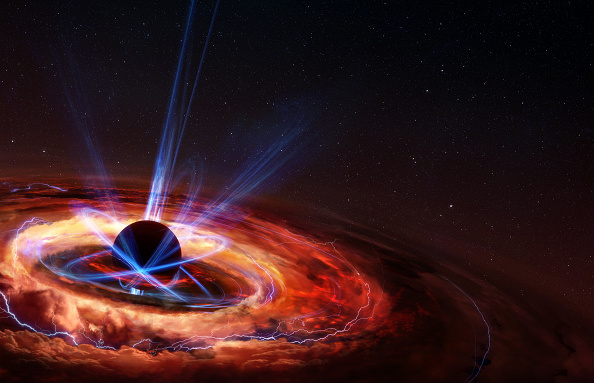 (Photo : Getty Images)
Illustration of a star collapsing in on itself to form a black hole, created on January 13, 2020.

According to Space.com, NASA detected the sudden X-ray burst and managed to translate it into an image. The burst came from a black hole called V404 Cygni, located almost 8,000 light-years away from Earth. The X-rays caused the "ripples" in dust clouds as it traveled through the galaxy.

Aside from the Chandra observatory, NASA also used data from the Pan-STARSS Telescope, based in Hawaii. Based on NASA's observations, the dust rings revealed how they were affected by the X-ray burst. Scientists compared it to how a sound wave looks when it creates echoes.

Furthermore, NASA realized that releasing the X-ray burst isn't the only thing that V404 Cygni did. In a report by Forbes, the black hole also made space-time "wobble" while also making so-called X-ray rings.

The X-ray burst, which was considered "unusually powerful" by the scientists that first identified it, was actually first spotted six years ago. The Chandra X-ray observatory was the first to observe the event, though it was in danger of getting damaged due to how powerful the burst was.

NASA And Its History With Black Holes

Black holes are among the (if not the) most mysterious phenomena in the universe. Not much is known about them, but what we do know is that they're very, very weird.

Assuming you were a good kid in science class, you should know that a black hole consumes everything literally in its path. That includes light. The mass of a black hole is so immense (they regularly have masses equal to billions of times that of our own sun) that not even light can escape their gravitational pull.

However, a recent discovery showed light emanating from behind a black hole. This proved once again that Albert Einstein's General Theory of Relativity was correct. Einstein theorized that the intense gravitational pull of a black hole is strong enough to make light "bend'' around itself. However, it wasn't until 06 years after publishing his theory that he would be proven correct.

But of course, you likely know about the first-ever actual image of a black hole, which made international headlines around two years ago. With the aid of NASA's Chandra X-ray Observatory, the Neil Gehrels Swift Observatory space telescope, and the Nuclear Spectroscopic Telescope Array, a team of scientists managed to take the image by looking at the black hole's shadow.

Does This Mean Black Holes Are A Danger to Earth?

All black holes are dangerous, and that's a fact. Remember how V404 Cygni managed to release an X-ray burst powerful enough to destroy a spacecraft almost 8,000 light-years away potentially? That's just the tiny tip of the iceberg. 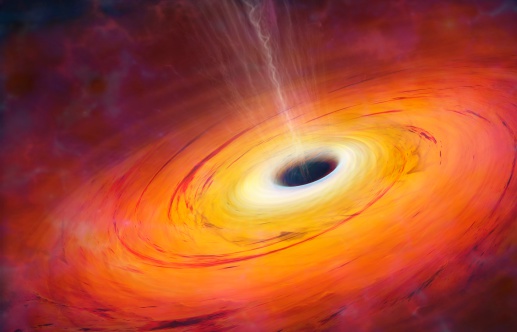 Fortunately, although, black holes are more or less far out of the way. It will take an long time for one of them to become a danger to Earth. And that will be far beyond anyone's current lifetime, so you can at least rest easy.

Here's The First Image Of A Black Hole: How Did Scientists Capture It And Why You Should Care