The Nintendo Switch version of the hit video game will feature an original story that spans the entire Marvel Universe fused with the timeless LEGO videogame humor and adventure. It follows a similar gameplay mechanic from other LEGO video game titles, with the characters and environment rendered in the iconic play bricks style. 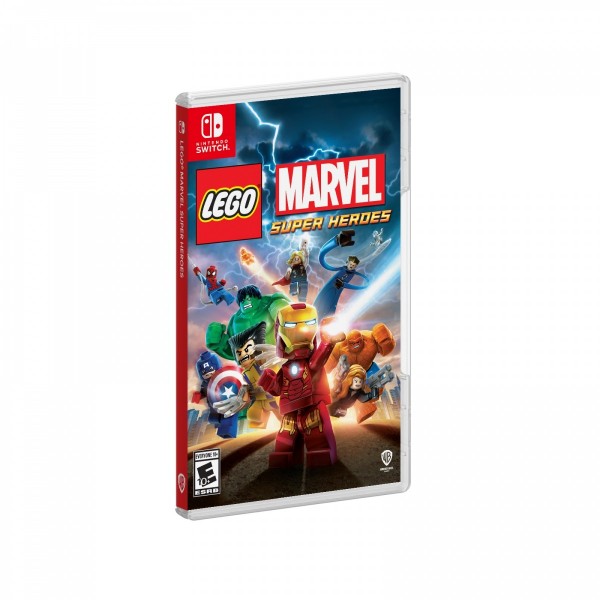 Enjoy the LEGO-Marvel Goodness on Your Nintendo Switch

In LEGO Marvel Super Heroes, users can play as the LEGO versions of their favorite Marvel Super Heroes, assembling and working together to stop supervillains from destroying the world. With its interactive environment, players can smash, swing, and fly across the Marvel Universe, vising iconic locations in the franchise, including the X-Mansion and the Asteroid M, Asgard, Stark Tower, the S.H.I.E.L.D. Helicarrier, and more.

There are more than 100 playable characters from the entire Marvel Universe, including Captain America, Iron Man, Loki, Black Widow, Nick Fury, Spider-Man, Hulk, Hawkeye, Thor, and even Deadpool and Galactus. Different characters have unique abilities, such as Spider-Man swinging with his webs or Hulk throwing large objects like cars and shrinking to normal-sized Bruce Banner and operating computers and terminals.

As for the upcoming Nintendo Switch version of the LEGO video game, the developers and publishers announced that it will include previously released downloadable content (DLC) packs such as the "LEGO Marvel Super Heroes Super Pack," which includes a host of additional super heroes and supervillains. Enjoy two new vehicles and ten new races on top of seven new characters, including Dark Phoenix, Winter Soldier, Thanos, Beta Ray Bill, A-Bomb, Classic Hawkeye, and Symbiote Spider-Man. The second is the "LEGO Marvel Super Heroes Asgard Pack" that includes characters from the MCU Movie "Thor: The Dark World" and includes additional eight new characters such as Malekith, The Warriors Three, Kurse, and Jane Foster.

The game LEGO Marvel Super Heroes was originally developed by TT Games subsidiary Traveller's Tales and published by Warner Bros. Interactive Entertainment for the PlayStation 3, Xbox 360, PlayStation 4, Xbox One, and Microsoft Windows, as well as being published by Feral Interactive for OS X. Its upcoming Nintendo Switch appearance marks its second Nintendo platform appearance after coming to Wii U.

In the original version of the game, Marvel Super Heroes attempt to foil the evil schemes of Loki and Doctor Doom, who also recruited a host of supervillains to help them. The two villains aim to conquer Earth using the "Doom Ray of Doom," which was build from pieces of the Silver Surfer's board called the "Cosmic Bricks."