Xiaomi Mi Mix 4 Proves Affordable Phones Can Be Flagships, But Will It Come to the US?

Xiaomi's Mi Mix 4 is an upcoming flagship phone that borders on the affordable price but still brings a massive spec sheet to the company's line-up. The Chinese smartphone brand has brought another powerful and affordable phone to the market, and it is proving to be appealing to those looking for a new smartphone, but wants a fraction of a flagship's price.

In recent news, Xiaomi has surpassed smartphone giants like Samsung and Apple in the global sales of their devices, as the Chinese giant offers it at a significantly lower price. Moreover, there are more people that trust Xiaomi's smartphones in recent developments. 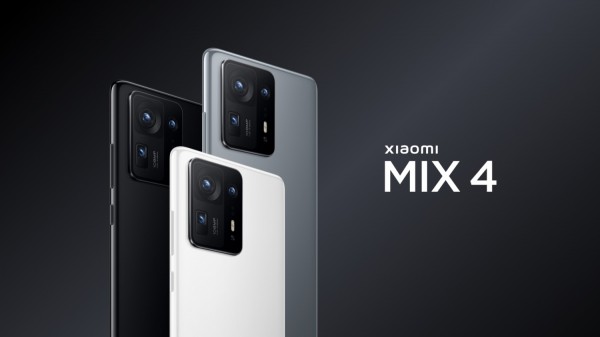 Xiaomi Mi Mix 4 has released its specs online, and it has given people an idea of what to expect of the flagship device from the Chinese tech giant. Xiaomi's official Twitter account has blasted the release of the smartphone, as it was initially said that the company would have it by August 10.

Here, it has released a series of tweets that show what the device is capable of, and one of what stays in the smartphone is the popular bezel-less device which it has popularized in the past releases.

Different from the common full screen displays in the smartphone market. #XiaomiMIX4 features a gorgeous CUP full-screen display with the front camera hidden in the screen, providing a real full-screen experience. pic.twitter.com/UXejXofP3v

The smartphone is already released on August 10, and it follows the initially planned date it has that was speculated and rumored by the company. A lot of people are expecting the smartphone, especially with its packed specs and intriguing device design which has hooked a lot of people to the new tech from Xiaomi.

This device has been rumored for several times now, especially as it brings a flagship of the Mix series from the company, something which has been awaited by users that had earlier Mi Mix devices.

This follows the recent news where the US has removed the company from the list of supposed boycotted Chinese companies.

Will Xiaomi Mi Mix 4 be Available in the US?

Unfortunately, the device is now intended for its China release, and there are no news or releases regarding its global or US release. For now, users would have to wait for further announcements of a global version or its availability in the country.

However, the device's release from Twitter was in English, and this only suggests that the Mix 4 would be available for a global release. Previously, China-exclusive releases have their information posted in Mandarin content, and it shows no intentions of giving people an idea of what it has to offer.

The recent release shows that it would be possible for a global release, but is not quite there for the market. Nonetheless, the Mi Mix 4 is an exceptional device that already shows a great lineup of add-ons to the overall make of the device.