Xiaomi overthrows Apple and Samsung for the first time, after selling more smartphones than its close rivals globally, dethroning the latter as the previous top seller, as per the recent research of Counterpoint. 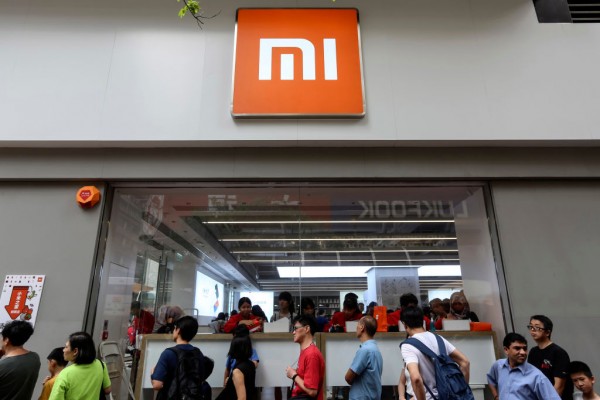 (Photo : VIVEK PRAKASH/AFP via Getty Images)
Customers line up to enter Xiaomi's Mi Home store in Mong Kok, Hong Kong on July 8, 2018. Shares in Xiaomi, the world's fourth-largest smartphone maker, will start trading in Hong Kong on July 9, 2019 after weak pricing for its IPO led to a slash in valuation to 54 billion USD, according to local business media reports.

It is not the first time that the Chinese phone maker, known for its high spec mid-range devices, has unseated Samsung at the top of smartphone sales.

For instance, Xiaomi beats the South Korean conglomerate in Europe in the second quarter of 2021 with 700,000 more shipments. The Chinese behemoth even showcased an impressive 67.1% year-over-year growth, whereas Samsung figured in a slight 7% decrease.

As per Counterpoint, a research firm that gauges smartphone shipments worldwide regularly, Xiaomi made a milestone this June for being heralded as the top brand globally in terms of monthly smartphone sales.

The Monthly Market Pulse Service of the research firm showed that Xiaomi reigns on top, while its rivals, Samsung and Apple, sit at the second and third spot.

The latest feat of the Chinese phone maker is attributed to the steep decrease in growth of the South Korean behemoth and the Cupertino giant. On the other hand, Xiaomi is consistently climbing to the top.

To be precise, the China-based company exhibited a 26% growth in smartphone sales compared to its performance in May, positioning it as the fastest-growing brand for the month. As such, Xiaomi now holds a 17.1% share of the total market for June.

Read Also: Xiaomi is Removed from Military Blacklist as its Lawsuit Against the U.S. Concludes

The reign of the Chinese phone maker is made possible by the steep decline in sales for both Samsung and Apple.

That said, the Senior Analyst of Counterpoint, Varu Mishar, noted that the South Korean giant is facing some hiccups in its supply chain, which is caused by rising COVID-19 infections in Vietnam. As such, the production of Samsung devices has been significantly disrupted in June, resulting in stock shortages of their products.

Mishra further added that the capitalization of Xiaomi in "lower-tier cities," which increases its sales of the impressive performing budget devices, like the Redmi 9, Redmi Note 9, and the Redmi K Series, have benefited the company.

According to CNBC, besides the mass market targeted mid-range devices, Xiaomi is now attempting to enter the higher-end segment with its expensive flagship phones, competing against the premium products of both Apple and Samsung.

The outlet further noted that Samsung is unveiling its new devices this month at Galaxy Unpacked, while Apple will be debuting its next-generation iPhones the following month.