Nvidia A2000 GPU Fits in a Small Form Factor PC, But Is Its Specs Enough for High Performance?

Nvidia has released its A2000 GPU, and it sports a tiny make that can be used for small form factor PCs or those that have built of a mini CPU like the popular Mac Mini. This GPU is intended for builds that are small and compact, for people who do not want to take up as much space in their current setup but aim to get a great performance.

Bigger is better, right? Not necessarily, but most of Nvidia's flagship devices like the RTX 3080 which sells for $1,399 are quite a massive one and need full-sized housing or more. The new A2000 would be tested for its effectiveness and performance as a product, as opposed to the bigger and more popular names among its lineup. 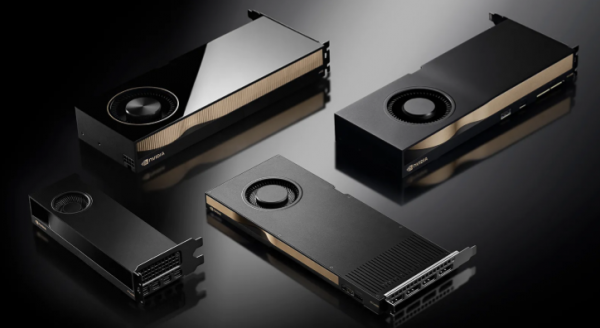 The popular computer components company is known to make miniature versions of their graphics card and another tech so that it may match smaller devices like laptops and the like. The Nvidia GeForce RTX 3060 has a miniature version, and it is adept for smaller builds or the likes of a laptop.

But much of the RTX for now, as the new leader of Nvidia's tiny devices, is with the A-series, particularly the A2000 GPU which is only a margin of the size of the regular releases. Nvidia is gearing up to suit those with special needs for their devices, and one of the popular needs in the market is the ability to be small or compact.

The low-profile design is also adept for most setups in CPU housing, despite the color scheme which some people want. It follows the A-series led by the A4000 and A6000, but these predecessors are bigger compared to the new release.

What is a Small Form Factor PC?

A Small Form Factor PC is a type of setup on computer housing for its processors and components that takes little space and saves on overall power. The smaller setup is meant to be more compact and provide the same power as a regular one.

According to Intel, gaming can still be achieved on small form factor (SFF) PCs.

The popularity of SFF PCs would be highly regarded to the Mac Mini, as it popularized transforming any display into a Mac device, without the need to pay for as much as an iMac. It carries the same performance as the iMac and can carry out significant editing and work processes, and even some gaming.

This is a perfect example of a mini PC setup, that combines power and performance in a single make.

Nvidia A2000: How is the Performance?

Currently, there are no hands-on reviews of the Nvidia A2000, but the company promises that it would not sacrifice or take away the essentials of the device, as much as people perceive. It would focus on bringing functionality and all other needs of a computer GPU, in a smaller package.

However, while it would be good for gaming, it might not be enough to mine cryptocurrency.

Related Article: How To Buy A Second-Hand NVIDIA or AMD GPU From a Crypto Miner