Apple vs. Corellium intellectual property lawsuit concluded after the iPhone maker settled it confidentially with the company behind the virtual iOS devices. 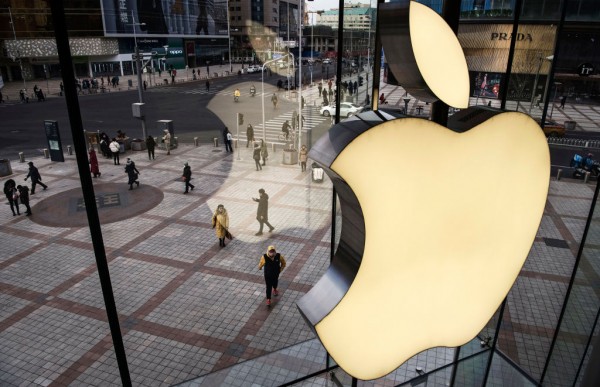 (Photo : by Kevin Frayer/Getty Images)
BEIJING, CHINA - JANUARY 07: The Apple logo is seen on the window at an Apple Store on January 7, 2019 in Beijing, China. Apple Inc. lowered its revenue guidance last week, blaming China's slowing economy and weaker than expected iPhone sales, as the company's chief executive officer Tim Cook said in a letter to investors the sales problems were primarily in its Greater China region that accounts for almost 20 percent of its revenue and includes Hong Kong and Taiwan.

The Cupertino giant previously accused Corellium of violating copyright after selling the virtualization of iOS to security researchers, for them to look for problems in the iPhone software, as per the court records that The Washington Post saw.

It is to note that the lawsuit started in August 2019 after Apple brought Corellium to the federal court in the hope to end the virtual iOS venture, giving security researchers an option to test out the flagship smartphone on a computer.

The Washington Post further dubbed the battle against Corellium as "years of expensive and drawn-out legal action," adding that the case left a "chilling effect on independent research."

Meanwhile, Apple boldly accused the virtualization company of producing a copy of iOS and selling it even without necessary authorization from the iPhone maker. As such, the Cupertino giant claimed that Corellium infringed copyright, which precisely goes against the Digital Millennium Copyright Act.

On top of that, according to 9to5Mac, Apple also raised the possibility that the software of Corellium gives hackers an advantage to study the iPhones and iPads as well, helping them further infiltrate the devices.

It is also worth noting that even as the lawsuit is ongoing, Corellium made the virtualized iPhones available to individual subscribers starting January 25. Previously, the software was exclusive to enterprise account holders.

However, Corellium noted that its move still does not open the virtual iPhone tool to everyone. Each request from individual subscribers still undergoes a review to prevent malicious use of the software, which Apple raised during the lawsuit.

Corellium's product offerings are not limited to virtual iOS tools. The company also provides software for other ARM devices and platforms.

However, Apple is only concerned with the iOS virtualization tool that allows researchers to get a digital jailbroken copy of the latest iPhone and test its software from security vulnerabilities.

Read Also: Apple macOS Big Sur Bootable Clone Option is Possible Even on the Restricted and Complicated System of the Beta, Says Expert

Apple's attempt to turn down the virtual iOS business of Corellium stumbled with a major defeat on December 29, 2020, after the judge dismissed the claims of the Cupertino giant that the tool violated the copyright law.

This time around, it turned out that Apple decided not to pursue the legal battle against Corellium in a quiet settlement.

Although both parties involved have yet to issue a statement, Corellium sent an email to its employees that the virtual iPhones will still be available as is. Nevertheless, the terms of the agreement are still unclear.