Ever wondered what falling Goombas may look like in real life instead of in a video game? Certain guests of the Super Nintendo World theme park had a first-hand experience when a stack of Goombas toppled over in one of the rides.

Universal Studios Japan is said to be investigating the incident of the falling Goomba tower.

An incident involving falling Goombas stalled one of the rides at the Super Nintendo World theme park in Osaka, Japan. The Goomba fell a couple of meters from where it was positioned down to the ground.

The stack of Goombas is part of the Yoshi's Adventure attraction in the theme park. The Goomba tower has four Goombas that comprise it.

According to a report by Kotaku, a Twitter user named Tatata posted a video of the aftermath of the falling Goomba tower incident. The video shows staff members of Super Nintendo World removing the Goombas from where they had fallen. Per the report, the Goomba tower decor seems to be very heavy based on how it was carried off by the staff.

The heavy Goombas that made up the tower did not seem to cause any additional damage to the Yoshi's Adventure attraction.

What are Goombas Anyway? 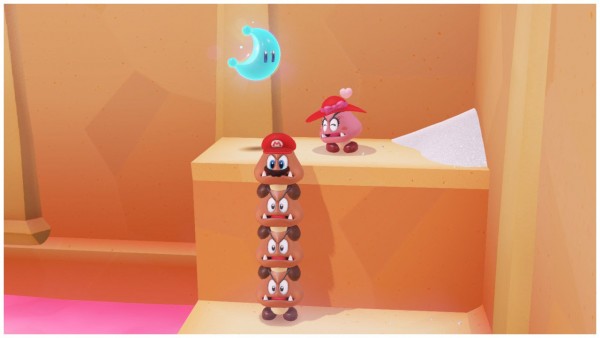 For those not familiar with the "Mario series," the Goomba is a small, mushroom-like character in the "Mario" series. The Goombas are actually the most common enemies of Mario in the franchise.

Nintendo actually has a page dedicated to the Goomba on its website. "The Mushroom Kingdom's most fearful foe is...not the Goomba. But don't tell them that," the Goomba webpage on the Nintendo website reads.

A Goomba is usually defeated by jumping on them.

Super Nintendo World is, as the name suggests, a Nintendo-themed area within Universal Studios Japan in Osaka.

While the general theme of the area is based on the video game franchises of Nintendo, most of what guests can find is based on the "Mario" series. Construction for the area began in 2017 after the partnership between Nintendo and Universal Parks and Resorts was announced two years prior.

Though the opening date of Super Nintendo World was delayed due to the COVID-19 pandemic, the area officially opened to the public back in March, according to a report by CNET. Super Nintendo World's current attractions include Mario Kart: Koopa's Challenge and Yoshi's Adventure, where the incident involving the falling Goomba tower took place.

A Super Nintendo World area is also under construction at Universal Studios Hollywood in Los Angeles. It will also be part of the upcoming Universal's Epic Universe, which will be found at the Universal Orlando Resort.