Snopes Busted to Plagiarize Articles Online Despite Being a Fact-Checking Website; CEO Has No Excuse

Snopes was busted for plagiarizing several articles and content online, and this has benefitted its fact-checking website which was a hub that promised to uphold the truth. The CEO of Snopes, David Mikkelson, was caught doing so and has admitted to his mistakes and lapses where it exposed what he had been doing for the company.

Online plagiarism and fact-checking websites are offered for everyone to verify and have their works away from any problems or disputes once it gets published. That being said, the likes of Google Assignment, Grammarly, and other companies offer to cross-match these to most databases in the world. 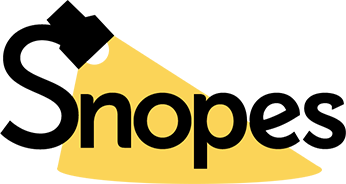 According to a report by BuzzFeed News, CEO and co-founder David Mikkelson was caught hiding in pseudonyms and fake names to make Snopes a more reliable source. From the period 2015 to 2019, Mikkelson has plagiarized from news aggregators, where he plagiarized their articles and published them on a ghost publication online.

There were as many as 54 articles that were written under Snopes and by Mikkelson, and all of these were plagiarized content or something which was unrightfully stolen from other people's works. This was a means to an end, but not something justifiable or passable, despite the reasons behind it.

Currently, thanks to BuzzFeed, Mikkelson has been kept away and suspended from editorial duties but would remain as an officer and a shareholder ib the company. Mikkelson has a massive 50 percent rights over Snopes, and may not be easily revoked from his stature at the company.

Why did Mikkelson Plagiarize for Snopes?

"Snopes is the internet's definitive fact-checking resource" is what Snopes' About page has said about themselves, and this was what David Mikkelson has embodied for him and the site. The CEO has been parading himself as the "arbiter of truth online" and this only shows a somewhat obsession or quest to be the top fact-checking website.

While there were no reasons revealed by Mikkelson himself as revealed in his statement, this only shows that his dedication to the company runs deep. Sometimes, dedication can be mistaken for obsession, and maybe this was what pushed the CEO to commit the crimes he did.

Currently, there are no legal charges pressed again the CEO, but it may be apparent shortly, especially if people get discredited while using Snopes as their resource.

Will Snopes be Reliable After This?

Currently, Snopes is investigating the matter and is cleaning the house. Mikkelson remains suspended and maybe kept off the editorial team for a while until this issue blows over. It seems that Snopes is still intent to continue its mission to provide a fact-checking website that is accessible for all and would aim to uphold only the truth.

It is up to the company, on how they would bounce from this, especially as the issue is a massive breach of their integrity.