Apple MacBook Scanner Issue Confirmed as a Bug! iPhone Maker Shows How to Fix 'You Do Not Have Permission to Open the Application' Error

Apple MacBook owners have been complaining that they have an issue whenever they try to connect a scanner.

They claimed that their laptops malfunction when they link a scanner to their device's Image Capture application, Printers & Scanners section of System Preferences, as well as Preview app. 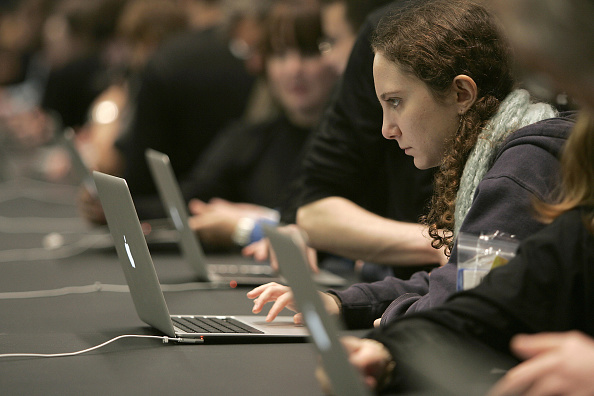 Now, the giant iPhone maker published a blog post, confirming that the system issue is actually a bug.

"When attempting to connect to your scanner and begin a scan, you might get a message that you do not have permission to open the application, followed by the name of your scanner driver," said the tech giant creator.

Specifically, when the user tries to use a scanner with a MacBook model, they will receive the "You do not have permission to open the application" error message.

According to Mac Rumors' latest report, Apple is already fixing the MacBook scanner bug. However, the company also announced that it will still take some time before the software update is released. 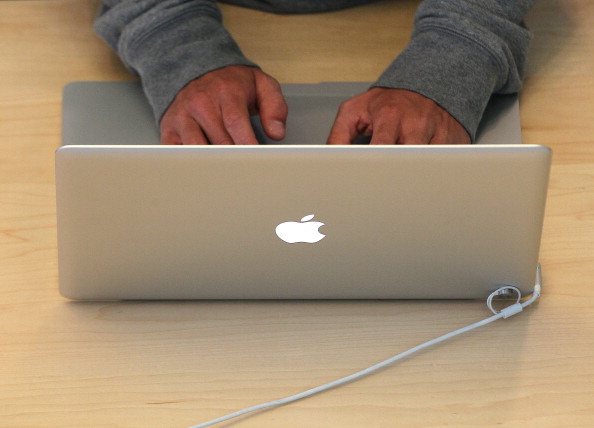 (Photo : Photo by Justin Sullivan/Getty Images)
A customer types on a MacBook laptop at an Apple Store following an announcement that Apple has become the world's most valuable brand on May 9, 2011 in San Francisco, California. In a report released by London based Millward Brown, Apple Inc. has surpassed Google to claim the top spot in a global ranking of brand value this year.

Also Read: Apple's iCloud Uploads: Here's How to Prevent Your iPhone From Scanning Your Pictures

On the other hand, Apple's Support Page stated that if you encounter the error message, the best thing you can do is contact your laptop's administrator for assistance.

Since the MacBook scanner bug fix still has no exact release date, Apple provided a quick guide on how you can fix it yourself.

However, you need to remember that this is still not 100% effective since the issue you are dealing with is actually a system malfunction.

In other news, Apple XProject, the built-in antivirus, is believed to be targeted by a new malware called AdLoad.

Suppose you ever discovered an unknown bug on your MacBook or other Apple devices. In that case, you can visit the Apple Bug Reporting page to inform the tech giant manufacturer about the issue.

Once you are on the page, you will see a "Feedback Assistant" button in the upper-right corner of your screen. Click that option and enter your Apple ID. After that, you will be given more specific instructions to follow.

For more news updates about the Apple MacBook scanner issue and other gadget bugs, always keep your tabs open here at TechTimes.

ⓒ 2021 TECHTIMES.com All rights reserved. Do not reproduce without permission.
Tags: Apple Apple MacBook MacBook Scanner Issue MacBook Scanner Bug iPhone iphone maker You Do Not Have Permission to Open the Application Error
Most Popular