Nintendo vs. ROMUniverse's legal battle continues even after the lawsuit has previously ordered the now-defunct pirated games hosting platform to pay a whopping $2.1 million fine. 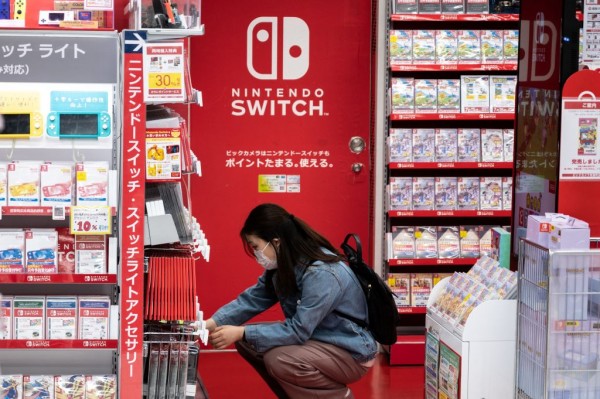 (Photo : by PHILIP FONG/AFP via Getty Images)
A customer browses the gaming section of Nintendo products in a shop in Tokyo on May 6, 2021.

The latest order by the court warned RomUniverse that if it does not "permanently destroy" all of the pirate Nintendo games, legal consequences are awaiting the operator of the site, Matthew Storman, according to TorrentFreak.

The recent order is on top of the $2.1 million damages that Nintendo was entitled after it won over the popular ROM hosting website, which allows virtually anyone to download a pirated free copy of gaming titles rightfully owned by the Japanese video game behemoth.

The lawsuit, which only concluded last June 1, was filed way back in September 2019, wherein Nintendo was asking for damages involving both copyright infringement and federal trademark infringement.

Interestingly, the owner of the ROM site, Storman, who is a Los Angeles resident, boldly went on to represent himself during the multi-million legal battle.

It is to note that the case he fought by himself is against one of the biggest gaming companies in history, which also popularized popular titles like "Animal Crossing: New Horizons," "Super Mario Bros." and all of the "Pokemon" RPG games.

Of course, the battle between Nintendo and the man behind the ROM site did not end up well for the latter.

RomUniverse ceased operating in the summer of 2020, which was when Nintendo started to shut down the pirated games platform.

However, it is worth noting that Storman did not only pirate Nintendo games, but he also milked them with cash by offering "premium memberships."

As such, the founder of the RomUniverse was ordered to pay a whopping $2,115,000, as per ComicBook.

Aside from the hefty sum of damages, the court further asked Storman to "permanently destroy all unauthorized Nintendo games or other unauthorized copies of Nintendo's intellectual property including movies, books, and music."

The owner of the defunct ROM site has until Aug. 17 to completely get rid of the Nintendo stuff, or else there is a possibility that additional perjury charges will be slapped against him.

The court made the additional orders after Nintendo filed an injunction triggered by the fear that Storman is working to bring back the ROM hosting platform.

On top of that, Kotaku reported that Nintendo also filed another injunction in the United States District Court, banning the man behind the ROM site from selling, copying, distributing, and even playing any pirated Nintendo gaming tiles.

It sure does suggest that Nintendo wants an assurance that Storman will never go back to creating ROM copies of its games.