Yik Yak Social Media App Returns After 4 Year Hiatus, But What Exactly Is It?

Yik Yak has returned after a four-year hiatus and the social media app is back better than ever, giving people a chance to pick up its experiences since 2017. Social media applications have centered on the big three of the new generation with Facebook, Twitter, and Instagram. However, other apps were also in the spotlight, with the likes of Yik Yak.

The social media app of Yik Yak is infamous as well, especially as its anonymity has been the center of racial slurs and bullying among students of different universities and colleges. 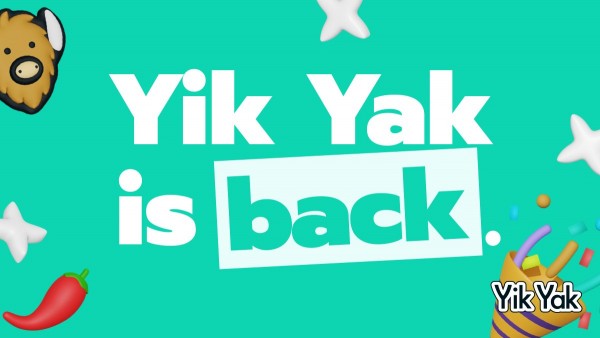 Yik Yak has been gone for a solid four years, and its departure did not say anything about any internal or external issues it faced before it being shut down. Also, it was not said that it would be going on a hiatus, as people initially conceived it as something long-lasting or permanent.

According to its announcement via Twitter, Yik Yak is back, and it is now better than ever, to provide "anonymous" social media for college students. Currently, it is available for iOS devices in the US only, but the company said that other countries and devices would soon come.

What is Yik Yak?

The app was focused to provide its services to college students, and Yik Yak has been a massive name in the early-mid 2010s when it was first launched.

The service began in 2014, a time where the worldwide popularity of social media has risen due to the stronger media convergence, and the growing presence of smartphones and the internet.

Initially, its aim to be an anonymous service gives it the mysterious vibes to meet other students from different campuses or institutions, without any knowledge of who they are. People would only see a handle or profile picture, with some being completely anonymous and location-based.

It was said to be focused as a "news hub" for different colleges, and a channel where they can be free without their identities.

In Yik Yak's return, it is still bordering on their strengths and features as an "anonymous" social media, which would be fitting during these times.

The time of pandemic has caused people to seek out friends from different places and of various backgrounds, to have them as companions, or exchange ideas when the world was on lockdown. Its arrival now maybe a little later than emerging social media services which has bordered on the pandemic's effect.

These social media include Clubhouse, Zoom, and other video conferencing services, which aimed to bring an experience to people like no other. Clubhouse's features were adopted by other platforms, expanding the reach of social media to a more personal experience, without the need to respond or feel like users are only speaking their sides.

Related Article: Yik Yak Gives Users Option To Use 'Handle' And Not To Be Totally Anonymous