Apple is doing everything it can to fully reopen their offices, but they're doing it rather differently.

(Photo : Christoph Dernbach/picture alliance via Getty Images)
10 September 2019, US, Cupertino: The Apple company logo on the stage of the Steve Jobs Theater on the company campus. Apple presented three new iPhone models, a new Apple Watch and a new iPad at the event.

Instead of outright requiring returning employees to get a vaccine, Apple will rely on frequent COVID-19 tests to ensure their workplaces remain COVID-free, reports 9to5Mac. They plan to have employees tested several times per week, which is very different from what other big tech companies like Facebook and Google have been doing recently.

In a report by Bloomberg, it was revealed that Apple will have twice-a-week COVID-19 tests to start with. This covers both their retail and corporate workforce, which will be tested by virtue of their partnership with Quest Diagnostics. The employees are now scheduled to receive testing kits twice a week, every Monday and Thursday.

The twice-a-week testing requirement started last Aug. 16, with Quest Diagnostics sending each employee two testing kits via mail. However, the requirement could be increased to three times a week for employees in specific offices, which could mean those who are working in areas at high risk of a Delta variant outbreak.

Employees aren't required to do the tests, though, let alone get their vaccinations. But should this plan succeed, Apple expects to have its offices partially staffed by September, with the latest being October. The company also plans to expand this to full staffing capacity by February 2022.

Apple And Its COVID Policies

As previously mentioned, Apple stands out among most tech giants recently in terms of COVID-19 health protocols. Other companies have made it clear that their employees should be fully vaccinated before returning to the office, with harsh punishments awaiting those who won't comply.

Though this doesn't really mean that Apple is neglecting the fact that there's a massive Delta variant outbreak right now. The company is doing its best to encourage employees to get vaccinated, such as offering free AirPods to those who get vaccinated in Washington DC. 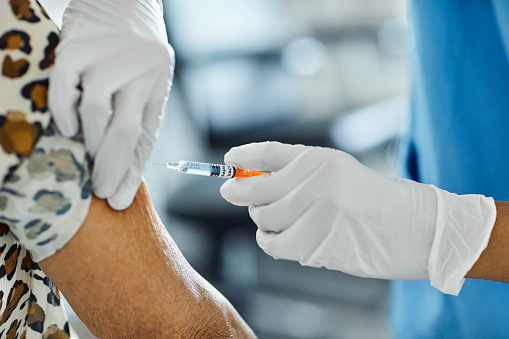 Apple hasn't explained why they do not require their employees to get a COVID vaccine yet, but some explanations could be. Maybe they're experiencing something similar to Amazon, who's been finding it troublesome to encourage vaccination among its workers due to widespread vaccine skepticism. There's no telling if Apple is facing the same dilemma, but perhaps only time--or Apple CEO Tim Cook--would tell.

Since the COVID vaccine requirement is still being deliberated at Apple, the company has to deal with the pandemic in other ways. One of these is delaying several things like the restart of Today at Apple courses in their retail stores. Initially planned to begin by the end of August, the courses are now being reconsidered for possible rescheduling.

Apple has also reopened all their retail stores back in June, though the spread of the Delta variant has the establishments requiring customers to wear masks once more.