Fortnite's 'Among Us Mode' Made Community Manager Sad for Not Choosing to Collaborate, Copying Game

"Fortnite's" recently released "Among Us" mode is a massive success and a treat for gamers, as the social deduction game feature is now available in Epic Games' battle royale. However, it is not pleasing to all, as a community manager from Innersloth or the makers of the indie game, "Among Us," was saddened by this release.

The "Fortnite Among Us" crossover was massive news for people, especially as they thought that it would be a collaboration between indie developer Innersloth and Epic Games to bring it to another platform.

"Fortnite Invasion" is a trending game mode in the battle royale now, and is popular with "Among Us" fans.

People thought wrong and were shown that it was not a collaboration with InnerSloth, rather something which Epic Games has created from the ground up, and inserted into their game. It is also a way of saying that Epic Games copied "Among Us" and put it in "Fortnite" as a game mode.

And while that is not illegal as it was not trademarked by InnerSloth, it made one of the social deduction game's Community Manager, Victoria Tran, sad. This is because she expressed her opinion that a collaboration between both companies would be "cool" and benefit both games.

like game mechanics fine, those shouldn't be gatekept, but at the very least even different themes or terminology makes things more interesting? 😕

Tran indirectly mentioned in another tweet that "Fortnite" copying the game mechanics or rules poses no problems or issues. But using almost the same names or terminologies as seen on "Among Us" is the main reason for her disappointment with Epic Games and the battle royale game.

"Among Us" remains an indie game, meaning that it has no major company backing it, with only limited funds to work with.

InnerSloth achieving its global status as a pop culture icon is one of the developer's milestones, as well as developing "Among Us" with all its quirks and terms that made it popular. "Fortnite" riding on that popularity is what made this sad for Tran, as a massive game rides on the coattails of an indie.

Indeed, that collaboration would have been more appropriate if "Fortnite" wanted to retain the game as original as possible, but making it their own should have made use of different branding. 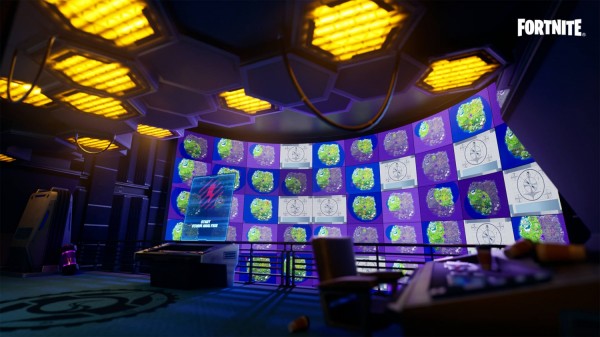 "Among Us" has been a massive game since the course of the lockdown, despite being a title that has been available since 2018. Its tipoff point in 2020 made it a game that has been a worldwide phenomenon, giving people a chance to connect in a different gaming experience.

Now, it has a lot of massive expansions like the Big Airship Map, which is one of the new contents brought by the developers.