South Korean tech giant Samsung has confirmed that it would be ditching advertisements soon on its stock apps in mobile. The electronics company said that it would implement the changes before 2021 ends.

With that, applications like Samsung Pay and Samsung Weather would likely be affected by the decision. 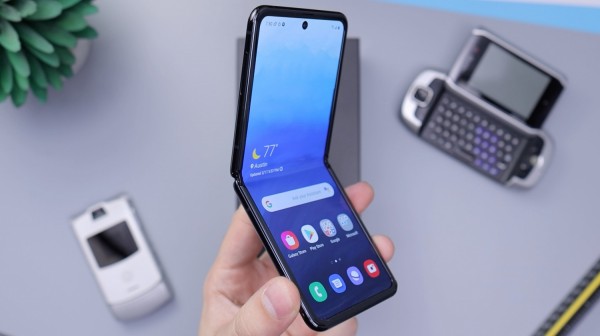 (Photo : Daniel Romero from Unsplash)
Samsung said that it will soon delete advertisements appearing in its mobile apps.

According to the report, TM Roh, the president of the firm, stated that the Samsung apps would now be "free of ads."

"Samsung has made a decision to cease the advertisement on proprietary apps including Samsung Weather, Samsung Pay, and Samsung Theme. The update will be ready by later this year," the statement about the implementation read.

Currently, the company pointed out that at the moment, the most updated smartphones still have ads. However, Samsung said that even though they generate profits for the firm, it would right away be removed to improve the experience of its users.

Usually, the tech titan is used to launching updates during November or December. These updates are specifically created for the UI software.

It is expected that around those months, we would not see any ads appearing in Samsung stock apps. The company still did not specify further information about the upcoming changes.

According to Samsung, they would still prioritize the mobile experience of the users. The South Korean conglomerate would also look after the feedback of the people on their products so that they would execute further developments on their technology.

For the Galaxy phone maker, gaining money through ads does not always equate to profit.

Samsung said that it felt like a "bad call" to put ads in the applications, TechRadar reported on Thursday, Aug. 19.

The advertisements in the apps are essential for the developers to at least collect some money from their creations. Removing ads would spell huge adjustments for them since the tech companies might lose revenue from these changes.

That said, Samsung would need to consider the process before jumping into it by imposing some alternatives for it.

In return, the company is guaranteed to give full satisfaction to its customers by removing unnecessary ads on the platform. Despite the drops in revenue that could happen, users could potentially prefer to use more Samsung apps than other applications.

Read Also: Samsung Pay: How to Store Your Vaccination Card

How to Remove Ads in Samsung Smartphone

Many are easily annoyed by the presence of tons of ads when opening an app. All over the Samsung platform, some advertisements are convenient to remove, while others often anger multiple users at once.

For this reason, there is a guide that you should follow if you want to stay away from annoying ads. The easiest step to do is to refrain from using Samsung apps in the first place.

However, there are times that you can't uninstall them. For that part, you have to take more steps to deal with them. You can start by disabling the default apps and place them in the App Drawer. Deleting Samsung apps will not consume a long time, and that it would only usually take around five minutes to complete.

Additionally, you can try installing AdGuard to block unnecessary ads in your apps.