'Battlefield 4' Ending Details Appear on 'Battlefield 2042' Short Film: Who is the Survivor, Irish or Hannah?

"Battlefield 4" has always left players wondering who survived in the last part of the game. The title mainly focuses on the character named Irish, whose real name is Kimble Graves. 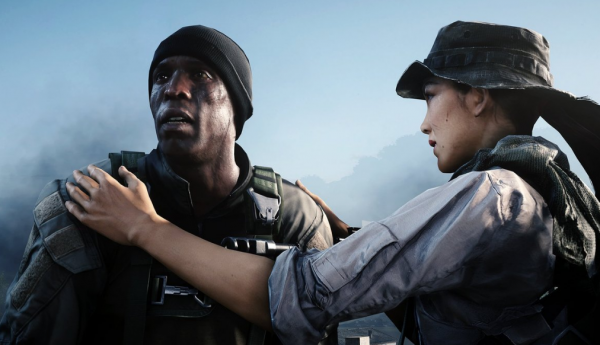 (Photo : Screenshot from Twitter post of @BFRoundup)
'Battlefield 4' Ending Details Appear on 'Battlefield 2042' Short Film: Who is the Survivor, Irish or Hannah?

This popular shooting title is one of the top games offered by Steam. Most fans of the title love the game because of Irish, the captain of the No-Pat destroyer MFS-4. He is also a former United States Marine Staff Sergeant.

As the players venture through the game, they encounter Pac, the fellow squad that Irish sees as a younger brother. On the other hand, the protagonist of "BF4" would also have another friend named Hannah.

This girl is a Chinese Secret Service agent who befriended Irish and his teammates. At the end of the game, players are tasked to a Chinese warship operated by Admiral Chang, the main villain in "Battlefield 4."

However, the C4 that gamers planted would fail. Because of this, the team of Irish needs to decide who will sacrifice themselves in order to detonate the bomb. But, the game's ending left the players on a cliffhanger since it didn't show if Irish or Hannah detonated the bomb.

If you are one of the players who want to know the survivor in "Battlefield 4," then you should watch the short film "Battlefield 2042: Exodus." 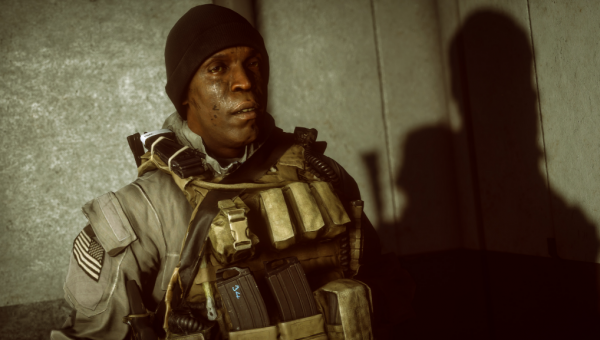 (Photo : Screenshot from Twitter post of @Shadow6ix)
'Battlefield 4' Ending Details Appear on 'Battlefield 2042' Short Film: Who is the Survivor, Irish or Hannah?

Based on GameRant's latest report, the new "Exodus" film revealed who survived in the game. The movie started with a mysterious hooded man who is tracking down some coordinates for a No-Pat.

On the other hand, Pac is shown fighting the unnamed terrorist to prevent him from acquiring the essential information about the No-Pat refugees. But, the man noticed that the one he is trading bullets with is Pac.

Because of this, he removed his hoody and revealed that he is Irish. This just shows that Irish was the one who survived in the last part of "Battlefield 4."

Right now, the new "Battlefield 2042" is set to arrive this coming October 22. Since Irish appears in the trailer, fans could expect this iconic hero in the upcoming title.

WCC Tech reported that fans could receive the upcoming "Battlefield 2024" for free. However, they still need to purchase the advanced Nvidia GeForce RTX 30 Game Bundle.

Nvidia confirmed that it would offer a standard edition version of the upcoming title with the availability to play during the open beta period. Aside from this, the new bundle also offers other in-game content.

For more news updates about "Battlefield 4" and the new "Battlefield 2042," always keep your tabs open here at TechTimes.