Adobe is set to acquire Frame.io for $1.28 billion, and the company has officially announced this earlier today, showing that it already has plans for the new company. This adds up to the many acquisitions of Adobe, and those were fused into its popular editing and content creation tools, which have been globally famous.

The popular name of Adobe has been the staple for a long time now, and what is great is that the company still aims to develop its products for the rapidly changing times. Adobe's popularity is none other, and it keeps up with the latest trends like having it available for the M1 Macs. 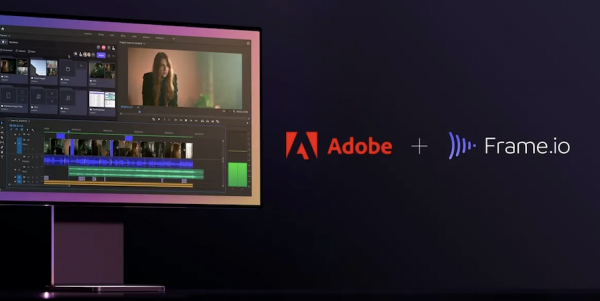 According to Adobe's latest announcement, the tech company has already secured its acquisition with Frame.io for a whopping $1.275 billion for the entire company. That was a massive move for Adobe, and it was a big win for both companies aiming to expand their services into a larger platform.

Adobe said that the world is in the "golden age" of video, and everything has moved on into the digital platform where video outputs are a must via social media. This includes both the horizontal and vertical ones for films and series; as well as the mobile-specific content.

Adobe has a "Creative Cloud" platform which is an online hub where users can collaborate and share assets, as well as keep a user's preference and materials in one place. That being said, Frame.io's acquisition would help the expansion of that, especially with the services present to the public.

Frame.io is a video collaboration service that aims to connect and broaden the world of content creators by providing a platform where they could share, create, and help each other. It was made by Emery Wells and John Travers in 2014, and it aims to help video content creators like them have a platform for their needs.

It has been integrated with popular apps in the industry, including that of Adobe's Premiere Pro and After Effects Pro, as well as Mac's Final Cut Pro, DaVinci Resolve, and more.

What Frame.io boasts of is that it has the fastest cloud upload speeds for better use of the platform, compared to those with similar services like Vimeo, Dropbox, and more.

Adobe and Frame.io for Video Collaboration

What Adobe would focus on with Frame.io is the expansion of its video collaboration service, using the latter's platform where it could potentially help the company.

Not only that, this only means that Adobe's Premiere Pro, After Effects, Spark, and other video editing tools would be broader and reach a wider audience.