TikTok Radio by SiriusXM to Feature Viral Hits, 'For You' Best Songs Show That Is Hosted by Influencers

TikTok Radio was launched today by SiriusXM, and it brings a show where popular songs and viral songs in the short video application would be featured and highlighted. The program would bring a new station for the "Gen Z" and everyone who uses TikTok, enjoying the music which they have watched from viral videos.

The station would be hosted by several TikTok stars and influencers who are all popular within the app, giving the public a source of entertainment like no other.

ByteDance's TikTok is now a massively popular application on a global scale, and it is testing out new features for the app, particularly the "Stories" feature found on Instagram, Facebook, and Snapchat.

TikTok Radio, What is It?

Another venture for TikTok is underway, but it is not from ByteDance. And it is from SiriusXM, a known satellite broadcasting company that is based in Manhattan, New York.

According to SiriusXM (via PR News Wire), TikTok Radio would feature the latest hits and top-grossing songs all around TikTok, as used by influencers with their videos where they lipsync to, workout, or use as background music.

The content would feature the top hits, and it aims to give people a sense of entertainment even outside the application.

SiriusXM said that the creators behind this popular music are also involved and invested in the venture, as it would be a platform where their work could be featured. 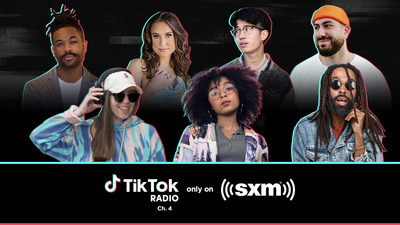 The hosts of SiriusXM's TikTok Radio would also be TikTok stars and influencers who have made their name via the short video sharing application. It includes the likes of Billy (@8illy), Cat Haley (@itscathaley), HINDZ (@hindzsight), Lamar Dawson (@dirrtykingofpop), Taylor Cassidy (@taylorcassidyj), DJ CONST (@erinconstantineofficial), DJ Habibeats (@djhabibeats), and more.

This would resemble the other venture by SiriusXM with Pandora, which has playlists and collaborations with their artists respectively.

'For You' But Via Radio

SiriusXM said that this feature would be like a "For You" channel in TikTok, but would feature more of the artists and their music which has been the "voice" of the app. It would be available for everyone, provided that they create an account via SiriusXM to save the radio channel on their playlist.

TikTok has also launched a collaboration with Audius, a decentralized platform for its "TikTok Songs" features via the app.

TikTok Radio is now streaming via SiriusXM's website or application and has now started its launch week that would feature popular artists and influencers.

Related Article: TikTok Plans to Collect Users' Biometrics: Senators Demand Why and for What