"Batman" and "Top Gun" actor Val Kilmer has recently made headlines but it was not because he has a new movie or made an appearance somewhere. It was because his old speaking voice has been brought back by artificial intelligence (AI).

Val Kilmer is not the first celebrity whose voice has been brought back by AI. He certainly will not be the last.

This Tech Times article looks at Val Kilmer and all the other celebrities and personalities whose voices have been brought back to life thanks to AI.

Val Kilmer, Others Get Voices Back Thanks to AI: What is AI? 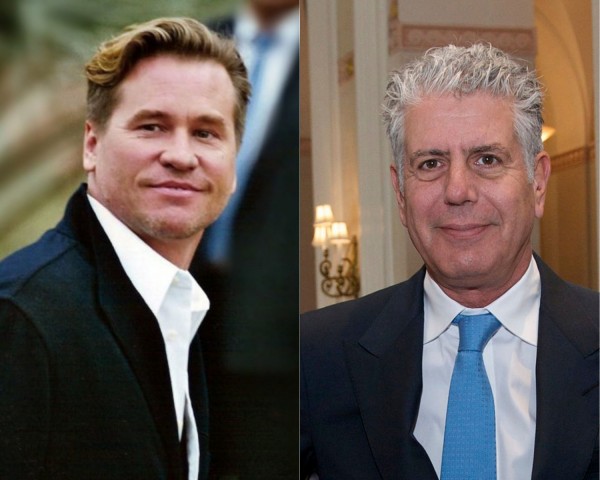 Before we dive deeper into Val Kilmer and the other celebrities whose voices have been brought back, let us first define the technology that has made it possible.

Strong artificial intelligence, on the other hand, are those that do more complex things and function almost like humans.

AI has a variety of applications, including self-driving cars and human-like robots. One of these applications is speech synthesis.

Speech synthesis has been defined by the Collins Dictionary as "a computer-generated audio output that imitates human speech."

There are companies at present who offer products and services that make use of AI to recreate human voices. These include Descript's Overdub, Google's Text-to-Speech, and Sonantic, which you will learn more about in a short while.

Here are the celebrities whose voices have been brought back by artificial intelligence:

When Anthony Bourdain passed away in 2018, his fans around the world mourned the sudden loss of all the stories and adventures that he's been known to tell during his career.

Anthony Bourdain's voice was brought back by AI for a new documentary called "Roadrunner." Morgan Neville, the documentary's director, claimed that he received permission from Bourdain's estate to generate his voice, according to a report by NPR.

However, his widow, Ottavia Bourdain, denied his claim.

Kim Kwang-seok is still considered a superstar folk rock singer 25 years after the artist took his own life. Early this year, Kim was able to perform a new song thanks to AI. The performance was aired by South Korean broadcaster SBS.

According to a report by Reuters, a voice AI system called Singing Voice Synthesis "learned 20 songs of Kim based on a training tool with over 700 Korean songs to improve accuracy, so that the system can mimic a new song in Kim's own style."

"Top Gun" and "Batman" actor Val Kilmer lost his voice due to the treatment he received for throat cancer.

The actor has since been able to get his voice back in a way by working with a company called Sonantic, who trained an AI algorithm to mimic his voice by using old recordings.