Blue Origin's lawsuit against NASA's Moon mission is one of the causes of delay to the Artemis and its venture. It was initially known that SpaceX was awarded the contract for the moon lander, something which Blue Origin has applied for and aimed to secure.

However, it was not given to Bezos and his team, and this is now the focus of the space company's lawsuit.

Initially, Blue Origin has offered to cover the missing expenses of NASA worth $2 billion to have the contract given to them, despite having named SpaceX for the venture. However, this too was denied, and the contract is still with Elon Musk's company.

Blue Origin is the Cause of Delay for NASA Artemis 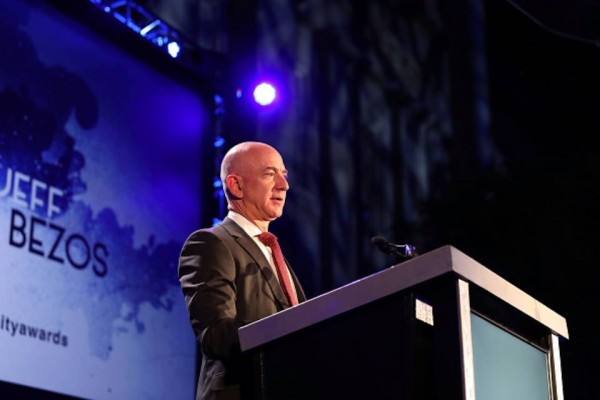 According to an interview by SpaceNews with NASA Administrator Bill Nelson, the SpaceX Human Landing System for the Artemis moon mission is now on pause. The reason for this is because of Blue Origin's lawsuit that is still pending in the Federal Court of Claims.

The national space agency has paused its project with SpaceX until November 1 for this issue. This confirms that one of the only hindrances for the Artemis' moon mission to further is Blue Origin, as well as other issues by the company.

It was known that NASA's Artemis space suits are also facing a design problem, which is nearly eating up half of NASA's budget that was allotted to them. To this, SpaceX has offered to extend its services and help in bringing the spacesuits to reality.

The suits need extensive research as they would protect astronauts from the potential harm which they will face on the Moon.

Apart from the issues that Blue Origin is pushing onto the court, it faces the walkout and resignation of a lot of its employees, and this follows the recent successful flight to orbit it did with the New Shepard. According to Gizmodo, this follows the news of employees that are "jumping ship" and leaves the company.

It was not revealed by many are staging a walkout on Blue Origin, but it has something to do with the contractual and full-time employees. This is the current issue which Blue Origin needs to face, especially as it limits its workforce to achieve most of its goals that are still underway.

Several of those that left are top engineers of Blue Origin, and it is a massive loss for the space company.

What is Happening, Blue Origin?

What is happening is that Blue Origin is facing massive controversies from the external and internal factors of the company. This goes to show that there is a massive tension with its management and employees, along with the projects which they want to be pushed for its venture to space.