DrDisRespect is Suing Twitch, Reason for Platform Ban Remains a Secret, But the Influencer Says He Knows

DrDisRespect is now suing Twitch, and it is because of his last year's ban on the platform which has remained a mystery for the influencer, as well as his fans. The recent live stream of the Doc has revealed that he already knows the reason, but he would no longer tell the public the details, only that he is on to Twitch and is not backing out.

It has been months since DrDisRespect has first opened up about the Twitch Ban, and he was devastated about what happened, particularly because he has signed a contract under the company. The ban happened in June 2020, and he returned to streaming last August 2020, with YouTube being his main platform. 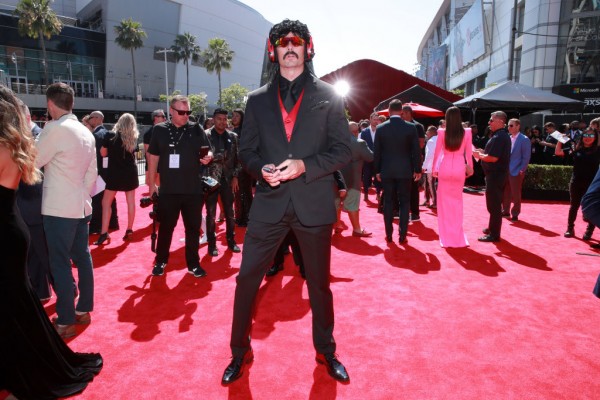 It was seen in DrDisRespect's statement that he is furious and that he has something against Twitch. The emotions that Guy Beahm a.k.a. "DrDisRespect" shown was his pent-up frustration upon known the reason, something which he kept in private for a long time.

Doc just said he knows why he got banned and he's suing the fuck outta Twitch ... GOOD

The time that DrDisRespect was banned from Twitch was during the time where the streaming platform has been banning abusers and those with harassment reports on their platform. However, the Doc's ban has been unknown to him and the public, something which Twitch has not revealed to anyone in the past.

Read Also: 'Call of Duty: Vanguard' Alpha Preview to be Playable on PS4, PS5 on August 27

DrDisRespect has also taken the vow of silence with regards to his Twitch Ban, and this may be because he does not want to make the problem bigger than it already is. The influencer is entitled to keep his matters private, as well as with Twitch. However, it would soon be known to the public once the issue blows widely to the public.

The Doc refused to share it on his stream despite the many instances that he had, and the many moments where it seemed like he would reveal it already. It was said that the influencer has already known this for months, but has remained silent about it.

Beahm's reaction shows his dismay over the ban, which may suggest that it was unlawful for him.

Now, DrDisRespect is known to be using Twitch's rival for streaming, and it is with Google's YouTube video streaming platform. The return of "The Doc" has surged a high record of subscriptions to his platform, several months after taking a hiatus after the Twitch ban.

The Doc is back into his regular streaming program, playing popular shooter games and those focus on RPG action. The Twitch lawsuit would soon appear, giving DrDisRespect a chance to go against those that kept him off from streaming.