Tesla Bot job listings are now up on the careers page of the EV giant. It comes less than a week after Elon Musk announced the humanoid robot project of his company during AI Day. 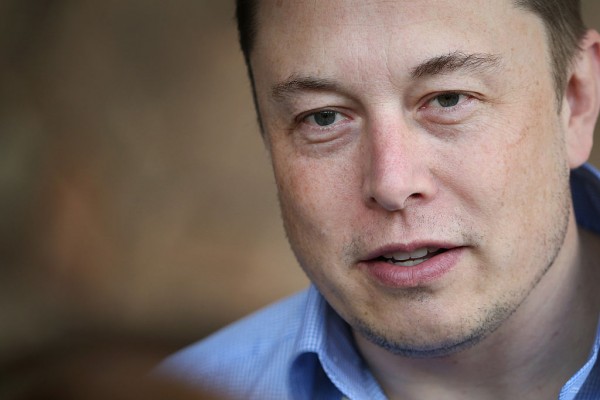 (Photo : by Scott Olson/Getty Images)
SUN VALLEY, ID - JULY 07: Elon Musk, CEO and CTO of SpaceX, CEO and product architect of Tesla Motors, and chairman of SolarCity, attends the Allen & Company Sun Valley Conference on July 7, 2015 in Sun Valley, Idaho. Many of the worlds wealthiest and most powerful business people from media, finance, and technology attend the annual week-long conference which is in its 33nd year.

Tesla published a total of four job postings for its upcoming robot. The humanoid robot seeks to perform daily human tasks that are deemed boring, repetitive, and even dangerous.

The latest move of the EV giant sure does suggest that the company is serious about the timeline that its CEO, Musk, has laid out.

In hindsight, the billionaire said that the company plans to produce a prototype of a humanoid robot by 2022 during the announcement of the Tesla Bot on AI Day.

The first one should work on the actuator gear systems and designs. While the other engineer shall concentrate on both the integration and mechanical design of the Tesla Bot's actuator parts.

The same also applies to the robotics architect. The two talents are expected to focus on two different jobs. One for the modeling of the robot, and the other one for the mechatronic of humanoid.

These key positions are responsible for building the humanoid robot that could replace humans in doing tasks that are considered both exhaustive and tedious.

It is worth noting that the four initial Tesla Bot job listings are located in Palo Alto, CA, where the headquarters of the EV titan could be found.

Here are the specific job opportunities that Tesla published on its career page, as well as its link to the listings. The actual postings further expounds on the requirements and the responsibilities of the humanoid bot positions.

According to the job listing of Tesla, this position will be joining other engineers of the company to specifically develop the "high-performance electromechanical rotary and linear actuator systems for humanoid bi-pedal robots," or the Tesla Bot.

Likewise, the engineer for the Actuator Gear Design will work together with the one focused on the Actuator Integration. The end goal is to produce the gear systems of the Tesla Bot.

On the other hand, this Tesla Bot job listing is for a senior position responsible for the modeling architecture of the humanoid robot, among other related components.

The Mechatronic Robotics Architect works alongside the Modeling architect to build the humanoid robot to do menial human tasks.