Endometriosis is a rare condition that now has a potential treatment thanks to the discovery by researchers in their labs, involving mice. This discovery may be something that can be applied to humans, something which the researchers are already looking into and aiming to replicate for actual treatments which can help those suffering from it.

Before this, the only treatments available for those that suffer from Endometriosis is via surgery or taking hormonal pills to potentially avoid the disorder from developing in one's body. Additionally, Endometriosis contributes to higher risks of heart disease for women, making the rare disease a massive concern. 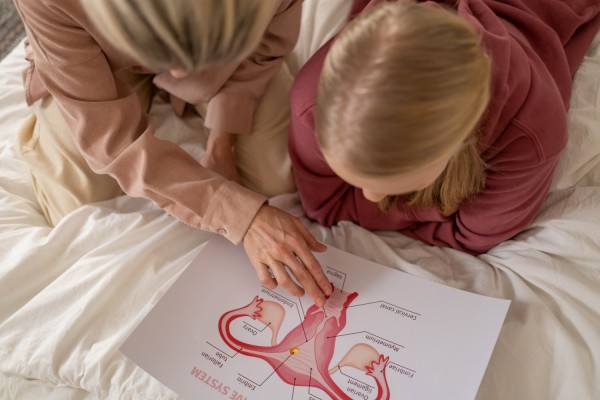 (Photo : cottonbro from Pexels)
Endometriosis has found its first potential treatment, after years of battling with the rare disorder, and was found within mice.

Endometriosis has been a massive problem for women, especially those that suffer from it or show the initial signs of developing the disease. Fortunately, science and technology have helped in reducing pain or contracting it with different treatments. However, the present and known treatments have certain side effects that are also harmful to women.

That being said, Thomas Tapmeier from Monash University and his team have discovered a way to treat the disorder and illness, avoiding the current method known to the public. Here, the team has discovered a way to block the said gene that causes the disease to worsen and develop.

The initial research started with the team's research on mice, which they have discovered to have stopped the progression of the said disease. Potentially, this treatment could be used for humans and those that have been victimized by it.

Endometriosis is a disorder where the inside lining of the uterus- the endometrium- grows outside of the walls. This is because of hormonal imbalance, making the disorder a painful one for women, especially during their period or menstrual cycle where it sheds the said lining.

The tissue is found mostly on the fallopian tube, ovaries, and near the pelvis where it mostly grows. The tissues that are growing in the unintended place may provide scarring, and act as a glue that binds together several of the internal organs, something which has dangerous repercussions if left untreated.

Statistics say that 1 out of 10 women suffer from Endometriosis in the entire world, and is a rare condition. Surgery is the only way to help those with severe cases of Endometriosis and need to be on hormonal pills to control the tissue lining from growing outside.

How Can the Treatment Help?

The treatment discovered by Tampmeier and Monash University would help in preventing said endometrium tissue from developing outside its intended area. The process would block the gene that causes it to go "haywire" or grow extensively outside its specific area inside the uterus.