"The Mandalorian" will be having a video game, and it is confirmed via a footage leak that shows the Menu screen and several minutes of gameplay that puts people in the shoes of Mando. The popular Disney+ series has been speculated for video games over the past year, but none were confirmed by its showrunners.

The popularity of one of Disney+'s earliest series has surpassed that of pop culture, with massive followings that stem up to a documentary made by Disney and Star Wars themselves.

Last year was the second season of "The Mandalorian" via Disney+ and its popularity has given birth to speculations and predictions that the series would soon have a game. Initially, a collaboration with Xbox has given the public an idea that a game would be coming, but that turned out to not be about the new gaming title.

Fast forward to almost a year later, "The Mandalorian" has been leaked with the first-ever game using its title, characters, and plot of the popular series. The game footage was uploaded to YouTube by Christopher Turner, in which the leaker has captured the Menu screen, options, and the game footage itself.

Here, it shows different chapters of the game, and it is based on the ongoing Disney+ series which captures its story and plot. The teaser has also shown one of the most iconic characters in the series which is Grogu, otherwise known as "Baby Yoda," holding the shifter knob from the Razor Crest.

'The Mandalorian' Video Game: What to Expect 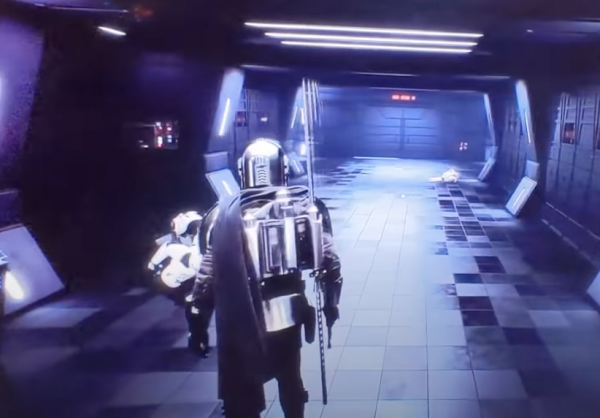 From the first video game footage, people should expect that "The Mandalorian" video game would be an action role-playing game from its unknown developer. It would most likely be made with Disney and Lucasfilms, as both have production rights over the characters and story.

Moreover, as seen in the clip, users would be in the third-party point-of-view, at the right shoulder and center of Mando which follows his every move.

There were also hints that it would be an open-world title from Lucasfilm.

The game would most likely be intended for the console as it shows a heavy inclination to the setup, as well as its PC integration.

No news of what specific storyline it would use, as well as how it would end the game or progress through the storyline, as the series is known to still be ongoing. 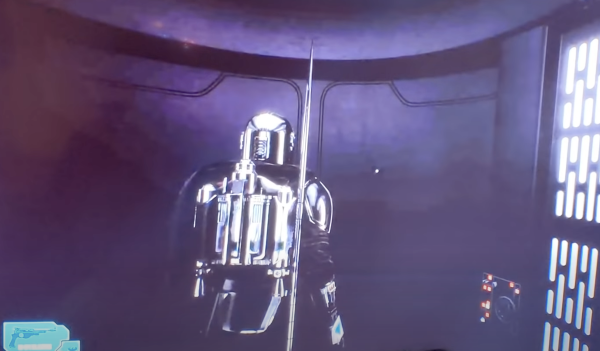 Currently, the game footage shows an almost complete version of the beginnings of the title and what it has to offer. According to CBR, the game would feature an immersion with the game, being transported into the world of "Star Wars" or the galaxy far, far away.