NFT Sales in August Skyrockets to $900 Million due to CryptoPunks, 'Axie Infinity'

NFT sales in August are skyrocketing as the hype for non-fungible token collectibles and games continues to be the hottest rage. 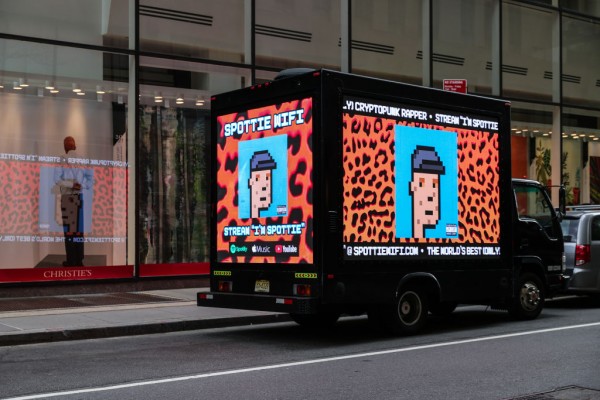 As per an NFT tracking platform that goes by the name NonFungible, the latest available sales data broke records as it emerged as the highest ever.

To be precise, the data from July 18 to Aug. 18 was able to record a total of a whopping $897 million, making it the highest NFT sale in mere 30 days.

The latest available NFT sales data is far off from the previous record last March, which garnered a hefty $221 million in total. NonFungible noted that it is less than a third of the Aug. figures, New York Post reported.

The whopping NFT sales last March was mainly due to the first that Christie's, an art auction firm, sold to the tune of $69.3 million.

After the hype in March, NFTs figured in a drastic slump with only about $60 million sales last June. Some critics went to conclude that the latest fad is already popping its balloon.

However, the August NFT sales wanted to prove otherwise. Its comeback even outperformed its last record-breaking figures. Not to mention that it is significantly far from the sad state of the June data.

NFT Sales Shoot Up Due to CryptoPunk

According to CoinTelegraph, the impressive NFT sales in August are primarily attributed to the continued success of CryptoPunks, a pixelated collectible, and Axie Infinity, the biggest play-to-earn game.

CryptoPunk alone has already garnered a total of $397 million in sales for the month of Aug. What's more, the average price tag of the pixelated artwork has also been impressive at $214,000.

Meanwhile, the highest cost for the CryptoPunk went as high as $11.5 million last June in a Sotheby's auction.

NFTs are slowly conquering even the mainstream financial companies with credit card firm, Visa, as one of the pioneers after jumping to the craze.

Elsewhere in China, a smartphone software company, Meitu, also spent thousands of dollars for CryptoPunk, about $387,000. The same firm also bought $100 million worth of Ethereum and Bitcoin.

On the other hand, the earn-to-play NFT game, "Axie Infinity" boasted $1 billion record-shattering sales, beating both CryptoPuks and NBA Top Shot, the basketball trading platform, as per Hypebeast.

The massive profit of "Axie Infinity" is due to its rapidly growing active user base of up to 100,000 daily.

It is to note that the play-to-earn game has emerged steadfast as folks in the Philippines turned to the NFT game to be paid more than the minimum wage.