A woman posted a negative online review after she was unsatisfied with her breast implant, but the British Columbia Supreme Court ruled that she violated defamation laws and had to pay a hefty $30,000 to the surgeon. 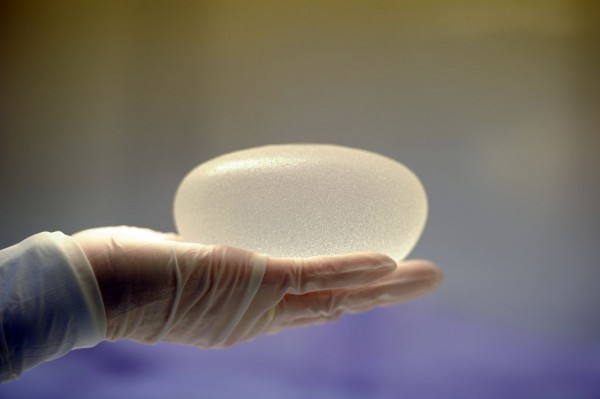 (Photo : by MIGUEL MEDINA/AFP via Getty Images)
A picture taken on January 12, 2012 in Boissy-l'Aillerie, northern Paris, shows a technician presenting a silicone breast implant produced by French implant manufacturer, Sebbin laboratories. Around 300,000 women in 65 countries have received implants made by Poly Implant Prothese (PIP), a now-defunct manufacturer in southern France that is at the centre of the storm, although some figures are much higher.

As per CBC News, the ruling of the B.C. Supreme Court serves as a warning to those who post negative reviews online.

The judge of the case, Justice Gordon Weatherhill, wrote that even personal reviews are still subject to defamation laws, and the recent judgment is here to prove it.

Aside from the $30,000 payment for the damages, the customer also had to take down the reviews online.

According to the court documents of the case filed last March 19, 2019, Rosa Campagna Deck was a customer of a plastic surgeon named Brian Peterson as she was seeking a breast augmentation last Nov. 3, 2015.

However, Deck ended up being disappointed with the result of the procedure, which made the two breasts different from one another, with the other one hanging lower.

But the female customer only posted her reviews about the surgery three years after it was done.

The negative review further questions both the reputation and the competency of Peterson, adding that the surgeon made a mistake with her procedure.

The online review of Deck wrote that: "Fast forward to three months post-op - low and behold the itty bitty boob I traded in, for a deformed downward breast that was well over an inch higher than the other."

The surgeon went on to contact her patient, asking her to remove the reviews online. But Desk refused to do so.

As such, it is why the lawsuit was only filed three years after the breast augmentation.

However, it is worth noting that the court dismissed the claims that the customer posted online and ruled them out as misrepresentations of facts.

Peterson claimed during the trial that he notified Deck about a chest wall deformity that the latter was experiencing.

So, the surgeon further recalled that he suggested the customer choose two different-sized implants. However, he also claimed that Deck refused to do so and opted to go for similar sizes.

The surgeon has his patient notes to back his claims.

Read Also: How to Deal With Negative Competitor Reviews With Services Like Guaranteed Removals

Meanwhile, Justice Weatherhill concluded the case on Aug. 25, ruling that the review was not based on facts, but relied on an opinion instead.

Although reviews are opinions, the judge noted that they should be based on facts.

The judge further wrote that: "Defamatory comments dressed up as reviews that are not factual or do not qualify as fair comment are subject to the laws of defamation."

Elsewhere, Google and Amazon are facing fake reviews probe in the United Kingdom.

In another related story, Amazon removed a company from its platform after being caught for paying five star reviews.