Google and Amazon's fake reviews efforts are under fire as a United Kingdom competition regulator launched its probe against it. 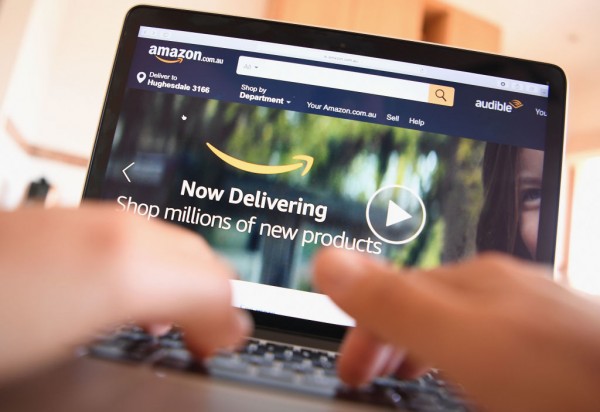 (Photo : by Quinn Rooney/Getty Images)
DANDENONG, AUSTRALIA - DECEMBER 05: The Amazon website is seen on December 5, 2017 in Dandenong, Australia. Amazon has ended months of speculation by launching its local website overnight. The online retail giant has started taking orders and shipping products from its 'fulfilment centre' in Dandenong South, offering massive discounts on millions of items across more than 20 categories including electronics, toys, clothing, beauty and accessories.

The Competition and Markets Authority (CMA) is looking into how Amazon and Google are detecting the proliferation of fake reviews in the shopping platforms. The former has been flooded by misleading positive reviews as sellers try to lure in more buyers.

According to the BBC, the investigation seeked to determine if the tech giants have broken the local consumer law. The latest move further added to CMA's previous probe against the protection of online users.

The investigation specifically looked at how Google and Amazon handled "fake and misleading reviews or suspicious patterns of behavior."

The CMA further wanted to probe cases wherein users review the same products during the same time, and if they are compensated by the seller for the positive responses. Additionally, the regulatory body will also investigate how the tech platforms are responding upon discovering such schemes, and if they sanction penalties, or ban companies caught involved.

Google and Amazon to Face Sanctions

The tech giants are also likely to face sanctions once found breaking the law. But, in better circumstances, Google and Amazon could be required to be more proactive in combating fake reviews.

The worst case scenario will possibly lead to court action.

Nevertheless, CMA said that it "has not reached a view on whether Amazon and Google have broken the law at this stage."

CNBC reported that the watchdog said that the fake positive reviews are unjust for buyers and other honest businesses as well. The dishonest ratings of products could put items of sincere sellers at a disadvantage. While shoppers could end up spending their hard earn money solely based on dishonest practices.

That said, the CMA reiterated that Google and Amazon should take the matter seriously.

Additionally, the watchdog vowed to take action against them if they are caught disregarding the issue.

The watchdog also singled out the systems of Amazon.

It claimed that it has "been failing adequately to prevent and deter some sellers from manipulating product listings, for example, by co-opting positive reviews from other products."

On May 10, two major electronic product sellers on Amazon, Aukey and Mpow, disappeared after a fake review scandal surfaced.

The e-commerce gaint told the BBC that they are consistently combating the prevailing fake reviews in their platform. Amazon vowed to cooperate with the investigation of CMA.