Valve seems to be doing a lot of good things with their upcoming handheld console, the Steam Deck. But rumors say that they're already looking towards the future.

In a report by WCCFTech, Valve Steam Deck designer Greg Coomer revealed that while their initial designs for the handheld are more down-to-earth, they did say that a theoretical "Steam Deck 2.0" that has enough power to output 4K quality gameplay could be possible within the next couple of years.

Coomer's colleague Lawrence Yang, however, reiterated some very important concerns regarding this. He said that it is possible for Valve to create a handheld gaming device that could output 4K, but balancing would be the primary issue.

For a GPU to be able to allow 4K gaming, it needs a sufficient amount of power. With more power comes heat. And with more heat, you'll require adequate cooling. There's not much room for full-size coolers on a handheld like the Steam Deck, so that's probably something Valve needs to look at within the foreseeable future. That is if they do plan to make a 4K-capable Steam Deck 2.0.

For now, though, Valve seems to be on the right path with their upcoming console. They seem to really believe in the business potential of the Steam Deck that they're willing to make more handhelds like it.

Read also: Steam Deck Can Last for 8 Hours With PC Streaming Capability, Although Performance Will Stay the Same While Docked

If you look at this generation of consoles, 4K gaming seems to be their main selling point, alongside high refresh rates and high frame rates. Gone are the days when closed-box gaming systems were inferior in every way to even mid-range PC hardware. Now, the Xbox Series X, Series S, and the PlayStation 5 exhibit the same amount of power as high-end gaming PCs.

But the thing is, the hardware power that permits these consoles to achieve high-fidelity gaming is tailor-made for their form factors. AMD's custom Zen 2 APU with RDNA2 iGPU (which power both the Series X/S and the PS5) draw between 160 to 200 watts of power, according to OlharDigital. 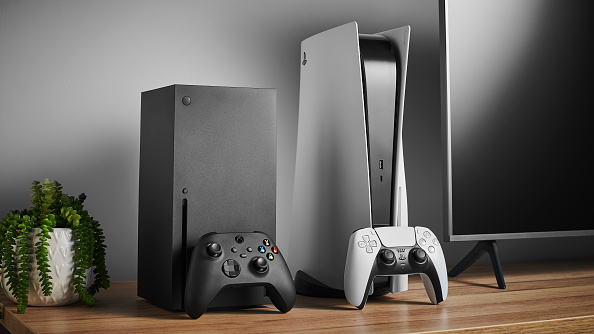 Valve's Steam Deck, on the other hand, only draws 15 watts using its low-powered Zen 2 APU with RDNA2 integrated graphics, reports PCGamesN. Low-powered chips produce less heat, which is what makes them perfect for handhelds.

Imagine putting something like the PS5's APU (which consumes way more power and produces way more heat) in the Steam Deck. Within a few minutes, your handheld is going to burn itself up because there's not much space to put an adequate cooling solution in there.

That is why 4K gaming works well on a full-sized console. There's more than enough space in that form factor to cool a power-hungry APU, while there isn't enough with a handheld. However, one really can't deny the engineering feat that is Valve's Steam Deck, which has already shown promise in early hands-on reviews.

You won't be seeing a 4K-capable handheld gaming console soon. But it's only a matter of time.

Steam Deck Can Last for 8 Hours With PC Streaming Capability, Although Performance Will Stay the Same While Docked

Valve Wants To Make More Handhelds Like the Steam Deck