Cosmic Ray Origins: Scientists Near in Locating the Source, Coming from the Milky Way Galaxy

Cosmic ray origins may soon be discovered by scientists from Nagoya University, Japan, as they search for the energy source amidst the many potential origins in the Milky Way galaxy. There are still a lot of unexplained things in space, and the current studies made with it only scratches the surface.

One of the most prominent studies made by humans now is with NASA's Mars rover, particularly as it aims to discover any proof of life or possibility to live on the neighboring planet.

However, scientists also focus on looking into the different radio waves or signals coming from space, something which remains a mystery for all. 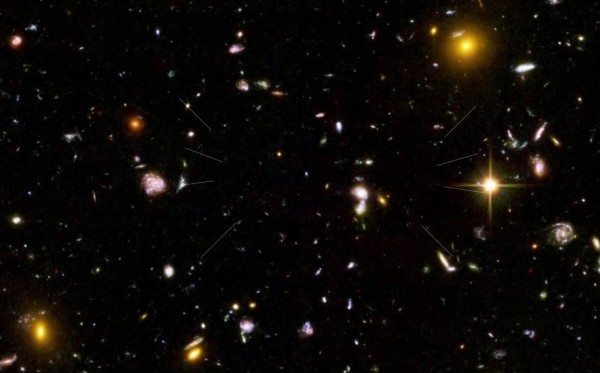 According to the Nagoya University researchers, a study that has focused on cosmic rays has made a stellar discovery, about that its origins come from the depths of the Milky Way galaxy.

The initial discovery of the said energy source dates back to 1912 and was considered the highest form of energy in the galaxy. Scientists are keen to locate these rays as they provide information and idea on the origins of the galaxy and other objects that float around or within it.

The study entitled "Pursuing the Origin of the Gamma Rays in RX J1713.7-3946 Quantifying the Hadronic and Leptonic Components" via The Astrophysics Journal has discussed the findings and methods of the scientists.

Here, the researchers have focused on a supernova remnant called RX J1713.7-3946 (RX J1713). The study aimed to determine its potential source in the Milky Way galaxy, something which would pinpoint to these researchers on learning more of the space around us, and the origins of some.

What Are Cosmic Rays

According to Space, Cosmic Rays are the highest form of energy in the cosmic heavens, and they have unknown origins as of now. Most of these cosmic rays are related to phenomenal events and unexplained occurrences during earlier times and remain unknown for their full effects and origins.

Scientists have been studying cosmic rays for a long time now, aiming to explain the real origins of the energy which gives off a different kind of energy from other rays or power from the universe. The cosmic ray is significantly stronger than that of x-rays or ultraviolet rays, which scientists have already discovered before.

Why is Looking for Cosmic Rays Important

The researchers are putting on a great effort to study cosmic rays because they could be one key to knowing the origins of the galaxy. It was theorized that cosmic rays are the reason for planets, stars, galaxies, and other heavenly bodies have formed.

The key to unlocking more and learning about space, lies with cosmic rays, as some researchers believe.

Related Article: Landsat-9 is Launching on Sept. 23, NASA to Host Virtual Briefing to the Media for Plans of the Spacecraft