The famed Curiosity rover of NASA has recently captured the most beautiful photos of Mars' features including the view on its horizon, mountains, and even its black sand.

The space robot was able to spot the 18,000-foot mountains on the red planet. The rover also saw the peak of the mountains while on its way to Mt. Sharp located at the Gale Crater.

According to the experts, the area could help them to study more about Mars' geography, especially about the liquid that was believed to be previously contained there.

(Photo : NASA)
NASA's Curiosity Rover has spotted a changing landscape of Mars' mountains, and even its black sand and 20-mile horizon view.

According to NASA Jet Propulsion Laboratory's deputy project scientist, Abigail Fraeman, the features of Mars might indicate that the planet was composed of water.

They also believed that some life forms existed there in the past.

In a report by Newsweek on Thursday, Aug. 26, the international space agency compiled the 129 pictures that the Curiosity rover released to create a panorama.

NASA described the photos as "sharp" due to winter, which points to lesser dust in the air. The 360-degree snapshot toured the space agency to the appearance of the red planet's surface.

In line with the Martian exploration, the Curiosity rover conducted a series of drilling to collect 32 samples of materials in Mars' outer crust.

NASA said that the vehicle was heading to the mineral and sulfate-rich regions.

Upon gathering the rock samples, the team would make use of the drill to pulverize them. After that, the Curiosity rover can now identify the components and their compositions.

According to the space agency, it's important to study the mountain layers on Mars to determine the time that the Gale Crater became dry. 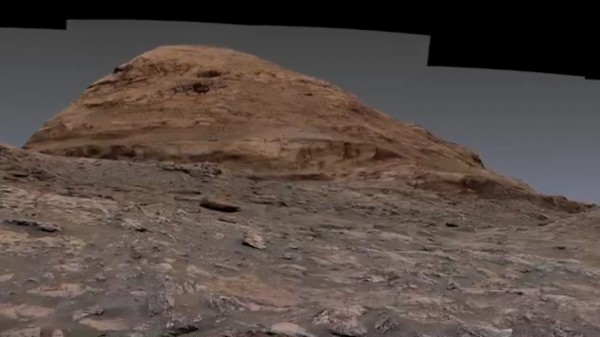 Since Aug. 5, 2012, when the rover touched down the Gale Crater, the scientists continued to seek answers about the potential life that once lived on Mars.

They also wanted to know more about its water and lakes.

From the get-go of its landing, the Curiosity rover has already traveled 16 miles. Its next journey will be the path between a four-story hill and Rafael Navarro Mountain. The robot would go to the landforms called Greenheugh Pediment where it traversed last year.

Beginning in the 1970s, there were already five rovers that the space agency sent to the red planet.

Meanwhile, NASA said that the Perseverance rover failed to collect Martian rock samples on its first attempt earlier this month.

As CNN reported on Tuesday, Aug. 24, the Curiosity rover was able to capture a charming selfie on Mars. The iconic selfie shot was taken last Aug. 22 using the Mars Hand Lens Imager or MAHLI.

Besides the images of Mars' rocky terrain, the car-sized robot also caught a glimpse of a unique rock feature in Gale Crater. The scientists said that the captured shape looks like a lizard.

In May, the Curiosity team discovered the iridescent cloud formation in the Martian Sky. The so-called "Mother of Pearl" clouds appeared to have a colorful glow in the sky.