Philips Hue, known for its smart lighting product, has added a number of new lights to its different collections.

The new Philips Hue products include smart bathroom lights, ceiling lights, and those part of what is called the "gradient collection."

The availability of the latest additions to the Philips Hue lineup of smart lighting products will vary depending on the product. Some products have release dates that are meant for the European Union only. 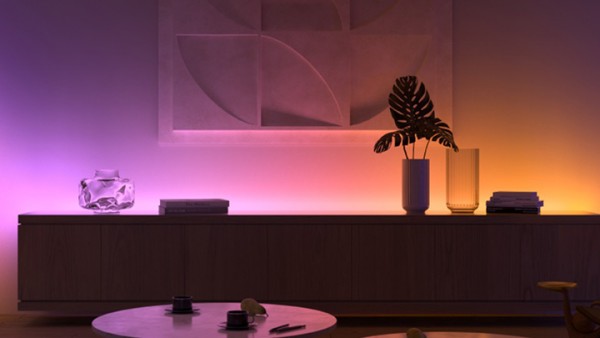 Philips Hue has expanded its so-called "gradient collection," according to a report by Slash Gear.

According to the report by Slash Gear, the "gradient technology from Philips Hue 'blends multiple colors of lights.'"

The company has also announced additions to its bathroom and ceiling lights lineup.

More ceiling lights are also set for release this year. One of which is the Surimu ceiling panel, which comes in rectangular and square designs. You can get your hands on it starting September 14, but only if you're in a country part of the European Union (EU).

The Enrave ceiling light is another addition to Philips Hue's ceiling lights lineup. The product will be released in the EU on October 12.

What is Philips Hue?

Philips Hue is a line of smart light bulbs manufactured by a company called Signify. Philips Hue is best known for its color-changing LED bulbs and lamps that are also wireless.

The company has also produced a motion sensor that enables its smart lights to switch on when the user moves near them.

Since they are wireless, the Philips Hue lights can be controlled using the Hue app, which received a total overhaul last June. There is also a Hue Bluetooth app that can control up to 10 lights in one room.

Philips Hue Light Spotify Beat Sync-in Anew --Will it Be Available This Year?