However, the team members of the mission reiterated that additional data is still required to fully confirm it. 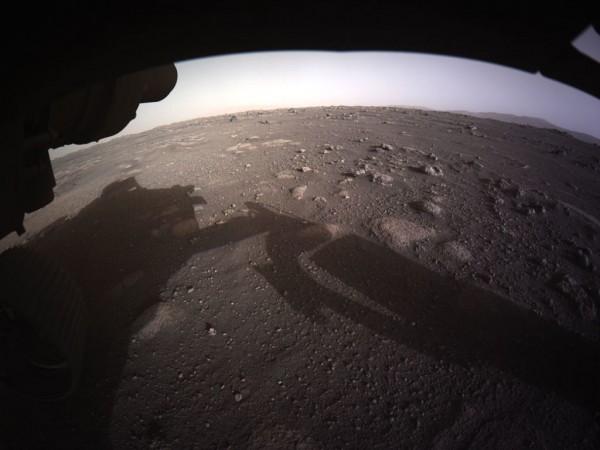 (Photo : by NASA via Getty Images)
JEZERO CRATER, MARS - FEBRUARY 18: In this handout image provided by NASA, the first high-resolution, color image to be sent back by the Hazard Cameras (Hazcams) on the underside of NASA’s Perseverance Mars rover after its landing in the area known as Jezero crater on February 18, 2021 on the planet Mars.

As per Space.com, the team behind the drilling and collecting of the Mars rock samples announced their work on Sept. 2.

It is worth noting that the first attempt of NASA Perseverance did not go as expected. The Mars rover ended up stumbling upon a problem during the collection of the first Martian rock that scientists from Earth were supposed to study.

However, as the team behind it was supposed to collect the material in the tube-like container they faced a problem.

That said, the United States space agency rover had to do it all over again for a second attempt to bring home some rock samples from Mars.

The team will have to gather at least eight samples before going back to Earth. On top of that, the Perseverance rover is also tasked to look into any signs of life forms on the Red Planet.

According to DW, the data retrieved last Sept. 1 suggested that NASA Perseverance was able to properly collect the rock it drilled from Mars.

The NASA Mars rover drilled to collect up to two meters or six and a half feet of rock samples. The robotic arm of the Perseverance took the natural material and stored it in its tummy.

It is to note that Perseverance uses numerous scientific tools to examine the chemical and mineral composition of the rock, and Rochette was able to pass the initial tests.

However, scientists on Mars are still uncertain if they have successfully collected the rock samples due to external factors, like the lighting conditions and the lack of sunshade on that part of the Red Planet.

The project manager of NASA's Jet Propulsion Laboratory in Pasadena, Jennifer Trosper, further noted that: "We will work through this small hiccup with the lighting conditions in the images and remain encouraged that there is a sample in this tube."

The Mars rover scientists will take another photo of the rock sample on Sept. 3 and send it to Earth on Sept. 4 to further confirm if the collection is still intact. By then, the team will seal and store it.