Last Thursday, Amazon Music hosted what might be the biggest event to celebrate the release of Imagine Dragons' new album, "Mercury - Act 1," with a live-streamed event on Amazon Live!

The GRAMMY Award-winning, multi-platinum band appeared on the Amazon Live episode, performing stripped-down versions of the songs in the new album, as well as going back to a few fan favorites over the years. Aside from simply performing their tracks, the current members of the pop-rock outfit - Dan Reynolds (lead vocals), Wayne Sermon (guitars), Ben McKee (bass), and Daniel Platzman (drums) - also answered fan questions from around the world. Imagine Dragons addressed everything in their Amazon Live appearance, from their experience working with legendary producer Rick Rubin to which songs in "Mercury - Act 1" they are the most excited to perform live. 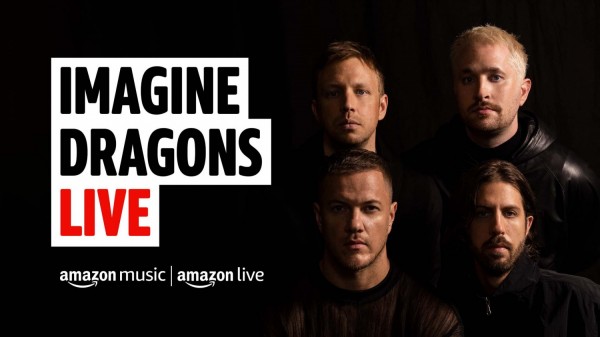 "Mercury - Act 1" marks the band's fifth studio album, which saw them work with Ric Rubin, who has worked with some of the largest acts across various genres - Weezer, Red Hot Chili Peppers, Johnny Cash, Slayer, and more. The album title was taken by the group from "mercurial," evident in the album's candidness that laves metaphorically charged lyrics in favor of emotional freedom without holding anything back.

"Mercury - Act 1" was preceded by two singles, "Follow You" and "Cutthroat," both released in March 2021. "Follow You" managed to top the alternative radio and the Billboard Alternative Airplay charts, marking the group's fastest rise to the top of the charts. The album's latest single, "Wrecked," is a personal confession and exploration of grief, written by lead vocalist Dan Reynolds after he lost his sister-in-law to cancer back in 2019.

With 46 million album copies and 55 million songs sold globally, on top of 74 billion total streams, Imagine Dragons remains one of the best-selling rock bands to date, continuing to reinvent the genre with their breakout success throughout the 2012s. Billboard's Top 3 rock songs of the previous decades are all Imagine Dragons tracks: "Believer," "Thunder," and "Radioactive."

Formed in 2009, Imagine Dragons has been developing their grassroots following with a string of indie EPs before making their major-label debut under KIDinaKORNER/Interscope in 2012 with the EP "Continue Silence, Night Visions."