The popular game called "inFamous" from Sucker Punch Productions was leaked earlier, suggesting that the game would be revealed for the PS5 in the upcoming PlayStation Showcase. The game has stopped production in 2014, and the company is aiming to bring back the series as it is a popular one among fans and gamers.

"inFamous" has initially been released in 2009, and it brings an action fantasy gameplay, where users can play the story of Cole, developed by the popular Sucker Punch Productions. It has turned into a popular franchise that has since then been exclusive to the PlayStation, including its sequels until 2014. 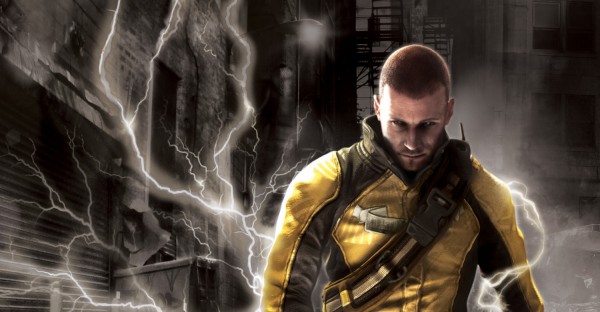 (Photo : Sucker Punch)
Infamous game series was said to be coming to PlayStation 5, for this year's Sony PlayStation Showcase. However, rumors are not yet confirmed and may not push through.

"InFamous" is coming says leaks, but these insiders have been warning to take the announcements with a "grain of salt" as it is not yet a confirmed venture for the PS5. However, an anonymous leaker has refuted what the insider has said earlier, showing a screenshot of a domain that features the "infamous" game website.

Infamous project rumoured getting announced it at the upcoming Playstation Showcase.

The leaker said that this is evident enough that the next PlayStation Showcase would bring the latest installment to the "Infamous" franchise back. This would happen more than seven years after the release of the last game known to be "inFamous: First Light."

However, the latest game did not feature the protagonist of the series, Cole, as it served as a prequel.

Nevertheless, what the game leakers are saying is that there is a massive chance that the "Infamous" game is coming to the latest console, and it suggests that the plot is coming back. However, there are no details revealed to the story, and it did not say whether it would be a prequel, sequel, or a different one throughout.

'inFamous' to Return to Gaming

According to ComicBook, the rumors are pointing out one thing, and that is the return of "Infamous" to gaming after an extensive hiatus that lasted for almost a decade.

While it is normal for some games to have releases spanning for more than five years and more, the previous releases of "Infamous" have only short gaps in between them. However, despite what has happened, this suggests that Sucker Punch Productions and Sony Interactive Entertainment are gearing up for the game's release.

Having a domain has a lot of meaning, but it would not necessarily translate to a game release or showcase in the coming months.

As mentioned earlier, "Infamous" may or may not release its game during the PlayStation Showcase, as it is not yet confirmed by the studios and gaming company. A lot of games have been showcased or teased, but have not continued into production or public release.