Facebook and Ray-Ban seem to be gearing up to announce their smart glasses collaboration based on a teaser posted by Ray-Ban.

Ray-Ban posted a promotional page on its website that simply shows a silhouette of a pair of glasses, along with the logos of the company and Facebook. A "09.09.2021" date is also included in the teaser.

The promotional page does not make any mention of the release itself.

The smart glasses were first rumored back in 2019 and codenamed "Orion."

Facebook CEO Mark Zuckerberg previously confirmed last July that the smart glasses are set to be his company's next product. 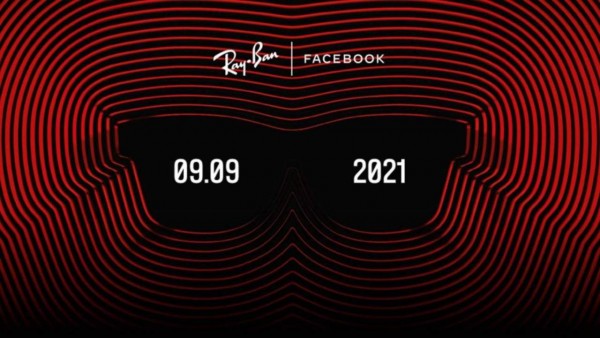 Facebook and Ray-Ban may be set to announce a new pair of smart glasses, according to reports. These reports are based on the promotional page that Ray-Ban added to its official website.

According to a report by The Verge, the promotional page posted by Ray-Ban "doesn't specify whether that's news about the release or the release itself."

Facebook CEO Mark Zuckerberg and Facebook VR/AR head Andrew Bosworth have also posted teaser videos that seem to suggest that the "upcoming smart glasses will feature an embedded camera (or multiple cameras) for recording your everyday activities without pulling out your phone," according to a report by Slash Gear.

Back in July, Facebook CEO Zuckerberg confirmed that the smart glasses collaboration with Ray-Ban's parent company, EssilorLuxottica, is Facebook's next product.

Facebook and Ray-Ban's smart glasses have been rumored since 2019 and were even given the codename "Orion" at that time. It was also envisioned back then that smart glasses can replace smartphones.

Early this year, it was reported that the smart glasses will arrive in 2021 but without digital overlay technology.

When he confirmed that the smart glasses are really on their way, Zuckerberg said that he is also looking forward to coming up with full augmented reality smart glasses.

Facebook's augmented reality (AR) glasses are seen to be linked to the company's neural wristband technology, according to a separate report by The Verge. No release date has been given for the neural wristbands as well.

It can be said that the idea of full augmented reality smart glasses is in line with the Facebook CEO's vision of a metaverse.

Zuckerberg first introduced the idea last July as well, and Facebook has since set up a team that will focus on making the metaverse a reality.

According to Zuckerberg, his idea of a metaverse does not just involve gaming or virtual reality (VR). It is a joint effort that will involve other companies, creators, and developers for it to happen.

The metaverse he is planning will also be accessible on multiple platforms, including mobile devices, gaming consoles, PC, VR, and AR.

Ray-Ban Smart Glasses to be Facebook's Next Product: Mark Zuckerberg

Facebook AR Glasses No More? New 'Smart Glasses' Will Arrive in 2021 But Without the Digital Overlay Tech