"Star Citizen" developer Cloud Imperium Games is again in the spotlight for selling in-game items that aren't even actually "in-game" yet.

According to a report by GameSpot, a Redditor who goes by the handle Mazty reported the ads to the UK Advertising Standards Authority (ASA) for their "misleading" content. The Redditor posted a screenshot of a promotional email from Cloud Imperium selling the ship concept, wherein the developer seems to urge players to pledge for the concept for the Gatac Manufacture Railen ship before it leaves the game's pledge store.

Upon receiving the Redditor's report, the UK ASA then confirmed that the "Star Citizen" developer's promo email went against the UK Advertising Code of Practice. As reported by Eurogamer, the "Star Citizen" email was worded in this style: "Last Chance to Grab the Gatac Railen!" without even mentioning in the entire email that the ship doesn't exist in the game yet.

The UK ASA sent the developer an Advice Notice as part of their protocol when dealing with issues under their advertising rules. The problem with this "Star Citizen" email, however, is not that big to warrant a full investigation.

Fair enough, Cloud Imperium promotional emails now include a disclaimer that warns customers about the real nature of their concept ships, way before they even pledge to get the items. In their latest email after the debacle, the developers clarified that the concept/pledge ships are being offered as a way to help fund the development of "Star Citizen," reports TechRaptor.net.

"Star Citizen" was billed during its initial reveal as perhaps the most ambitious PC-based space sim game, having what's arguably the most successful Kickstarter project of all time in terms of money raised.

If you've been following the gaming industry for the past several years, you likely have heard of "Star Citizen." The game's initial reveal on Kickstarter happened way back in 2012, where its premise of a fully rendered, explorable galaxy (that's not procedurally generated like that of "No Man's Sky") garnered enough interest from backers to raise $2 million in its first year alone.

But since then, "Star Citizen" still hasn't been released after nine years in active development. Since Cloud Imperium Games doesn't seem to have much in the way of investors, they're mostly relying on the good faith of their backers. So far, the game has raised over $300 million according to Forbes, with most of the money coming from donations and purchases of in-game items via microtransactions. 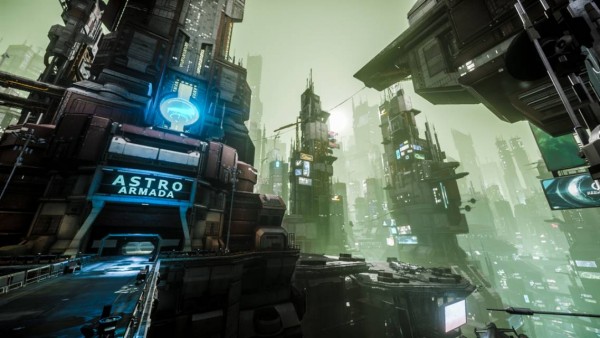 The game's microtransactions offer players items such as weapons, but it's mostly ships that people can buy. And these ships have been at the forefront of controversies, with some of them easily costing thousands of dollars, reports DenOfGeek.

But people are still funding the game, almost seemingly to no end. They're hoping that it will eventually be released at some point, and when it does, it's going to be the most ambitious one ever created. Only time will tell if their faith in "Star Citizen" will prove fruitful, though.

Related: Nintendo's Game Boy Advance Is Getting Its First NEW Game in 13 Years Via Smash-Hit Kickstarter